We’ve all been there, the simplest of tasks taking an age and driving you into rage mode. 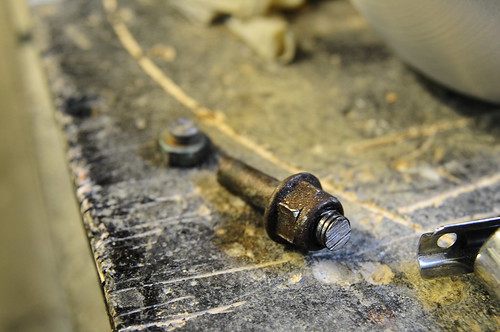 Maybe it’s just me (I doubt it) but let me put it into an explanation of a situation we’ve probably all been in before..

Wheels, new ones, just turned up with their tyres fitted and balanced. The car is on the drive, you’ve got all the tools in the garage and it’s a pleasant Sunday morning, easy right? Upon fitting the shiny new purchase to the car, hold on…… Why’s it hitting the brake calliper? Why is it fouling my shock? It’s only a couple of mm I’ll just nip down the motor factors and buy a 1-2mm spacer and we’ll be done…. Those motor factors that aren’t shut on a Sunday (You’ll know this as you will have already borrowed someone else’s car to drive to 3 closed ones) don’t stock your fitment/PCD….. RAGE MODE. 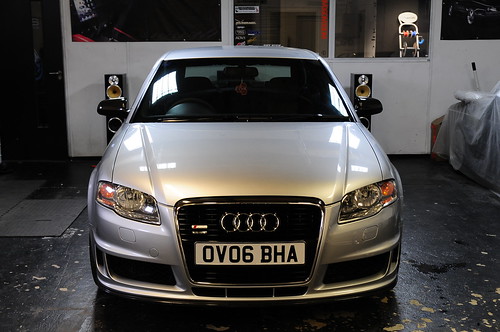 There is a reason for this rambling, this car in particular has been grief from the word go. Every turn of every nut/bolt has had my knuckles cracking and my nerves wrecked.. It’s as if someone in the cars past has gone around the car and made sure everything is “just tight enough”  with a tractor prop output instead of a torque wrench. 2 snapped bolts, one sheared ARB mount, 2 snapped springs, 2 seized adjustable collars, one over sized bolt hole with an incorrect bolt and multiple broken under tray parts later, we have Adam’s otherwise very tidy 275hp Audi A4 DTM.

Adam is a returning customer of Studio Incar after having his Mk4 golf hardline Air install done a while back, his car ownership has evolved into this lovely machine, however being an avid tinkerer it was never due to stay stock. Without sounding like I’m trying to bed him, the way Adam modifies cars really ticks my boxes. Simple, subtle, real clean and a lot of new OEM parts taking care of the actual car, something that is so often forgotten in today’s “quick celebrity” world of social media.. This car will cut it just as much off the phone screen as it will on it. 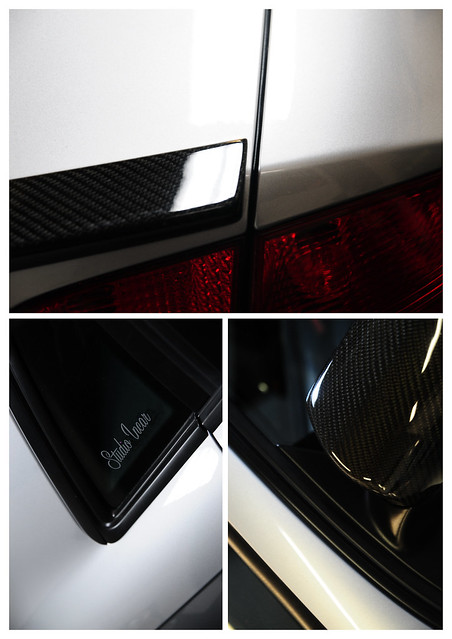 The brief was quite simple, “go bananas”.. Now you’ll probably think it doesn’t look too “bananas” and you’re right, however there is a reason for that. Not everyone’s opinion is the same as I’m sure we’re all aware and given Adam’s style of working on car’s I thought it’d be nice to do quite an overt hardline install based around some solid fabrication work and then play it down completely with a murdered approach, allowing for a subtle overall finish, and one that’s a complete nightmare to photograph. This was also in fitting with Adam’s original plans which is a bonus. 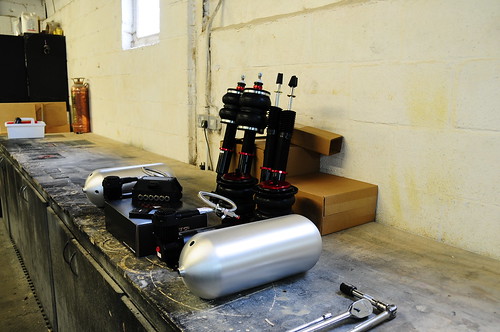 As you’ve probably got the gist by now, the fit of this otherwise stock B7 kit has been a nightmare, I’ve done a few B7’s and whilst they aren’t as straight forward as most they’re a bolt on fit so shouldn’t be particularly “trying”. However, it’s never taken me this amount of time before for the bolt on part of the job. Well, we’re here now and the job is done, plenty of late nights, lots of cut’s and bruises, cutting, heat and an entire can of “easy out” later, it was never going to win. 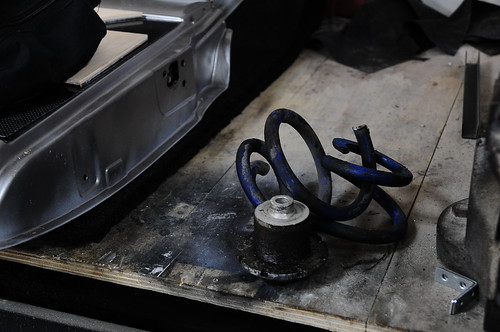 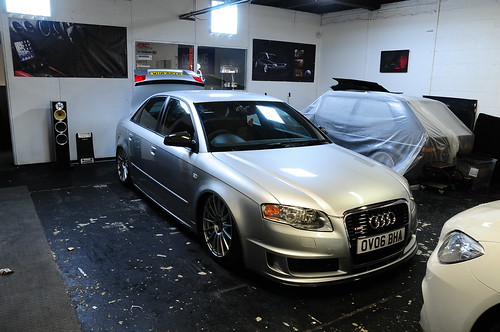 With the bag set done, lines externally ran everything was ready to start fabricating for the install.

A few different plans came to mind for this. Its getting increasingly difficult to keep things fresh with a handful of great installers and current trends. I find myself intentionally staying out of these trends as they’re very “samey” and believe something ground up new should be done each time, its not about staying on top its simply about giving a client and in turn the scene something fresh to see and experience. Its nice to see how this game is coming on and how people are really experimenting with their own talent, it also keeps things interesting when it comes to my own work!

Anyway, fabrication was started after an hour or so of sketching, I didn’t get any shots of the sketches although they wouldn’t make much sense I’m sure. I decided the build had to extend from the floor to the underside of the rear deck and everything from there would be float mounted, then linked together with copper hard lines. 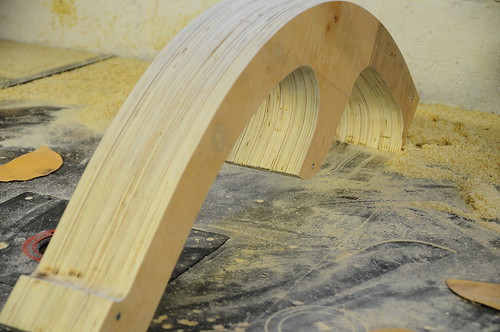 A stack design was how I was going to achieve the finished shape I wanted. Of course, this could be made from flexi MDF and bracing but although it’d be lighter it would also be a damn site weaker, not to mention no where near as pretty before it was trimmed. Its only 6 deep in this shot, it was 10 deep by the time it was finished. 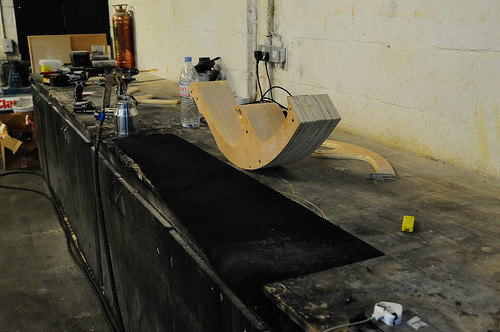 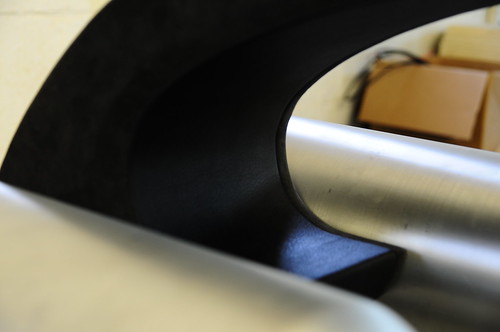 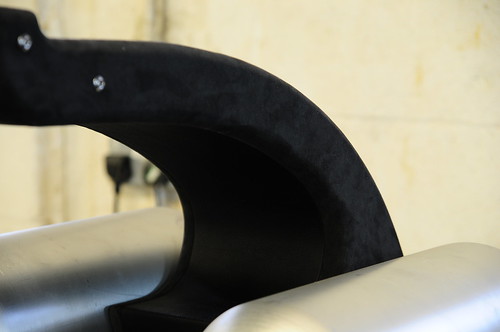 Speciality Suspension seamless tanks were used, mounted to these panels for a floating look. 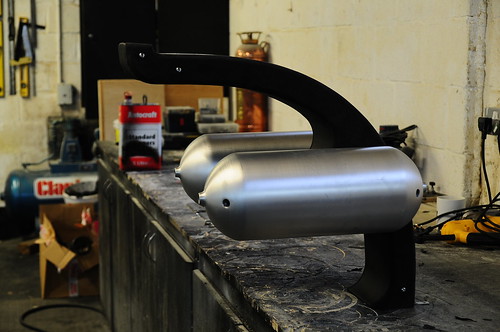 Then the management was piped around to the rear of the build, water trap fitted and was married up to the nylon line fittings in the car when installed. 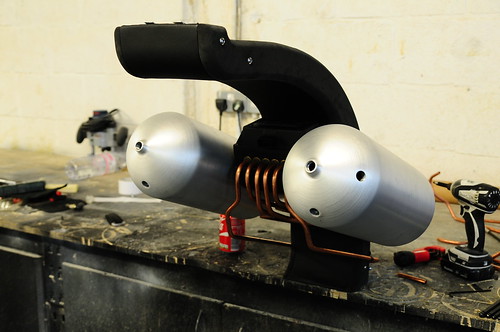 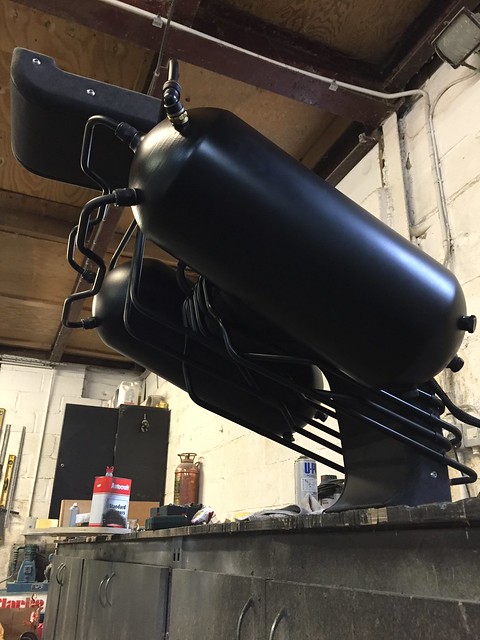 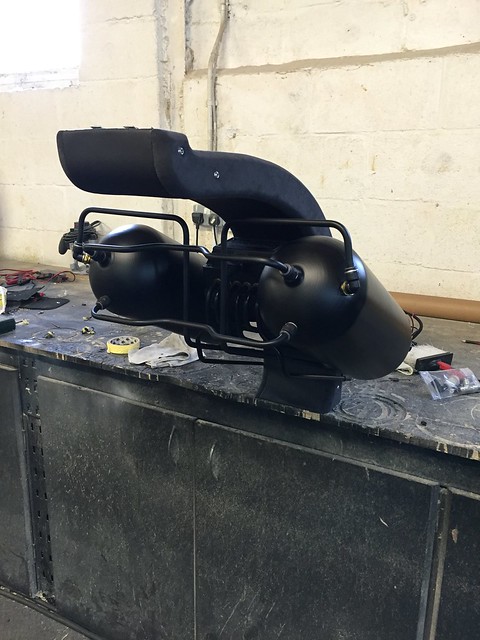 With this complete it was time to fit it to the car, get the whole system wired up and piped up safely and fire the system up!!

The new kit from Airlift works incredibly well, so many decent touches that you could have asked for over the already good V2 set up of theirs. It was a pleasure to work with, set up couldn’t be easier and the management of the air is dealt with very quickly and accurately. App control out of the box to at no extra cost can’t be sniffed at. The controller feels solid and weighty enough to stand the test of time. 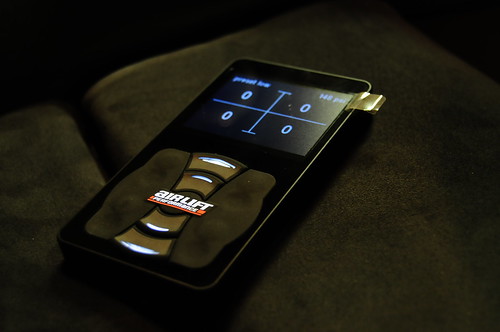 The complete car, still in need of some lighting as the unforeseen difficulties led to me running out of time but my LED inspection light did try and help out with the photos. 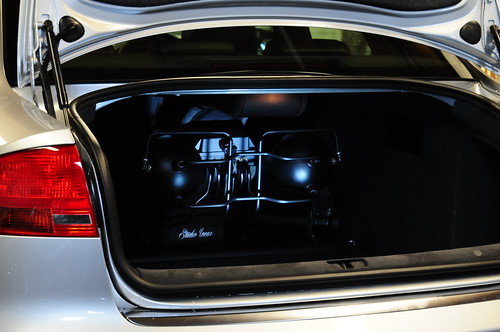 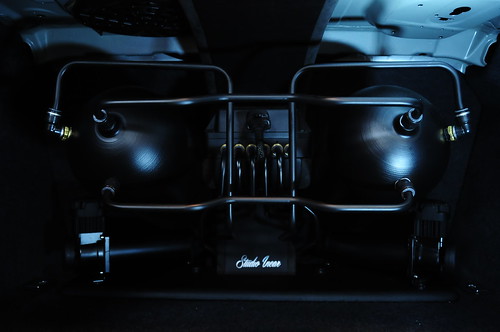 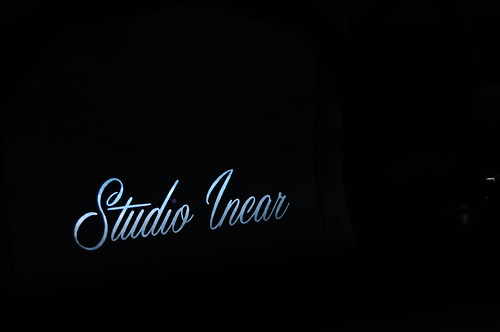 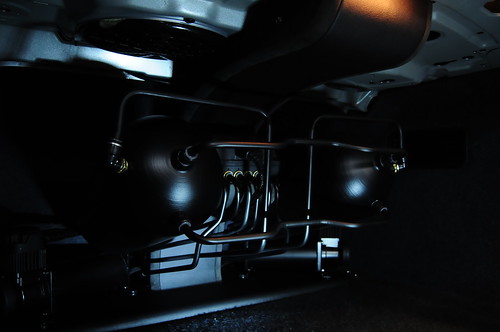 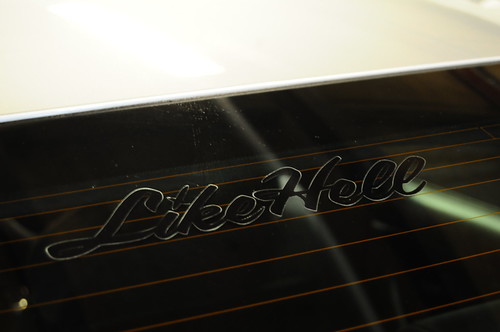 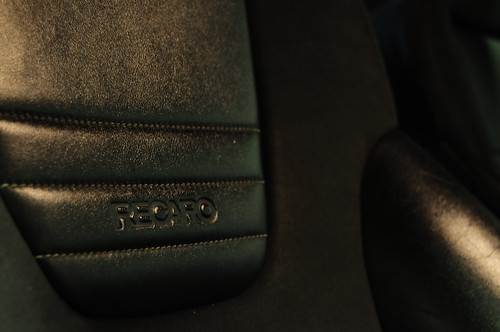 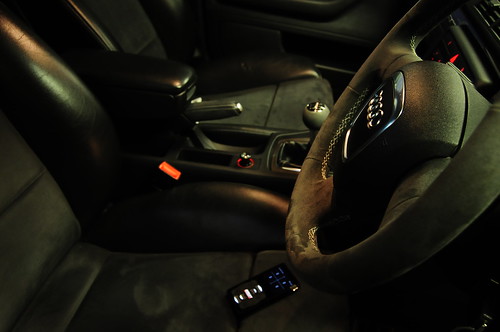 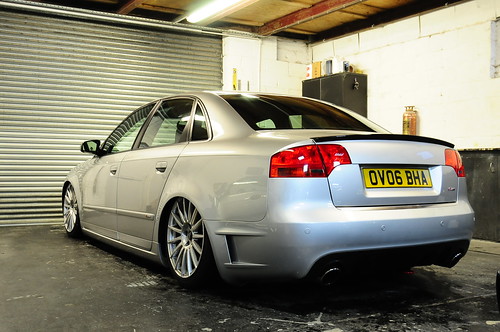 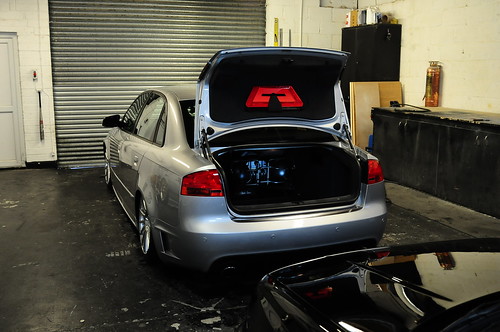 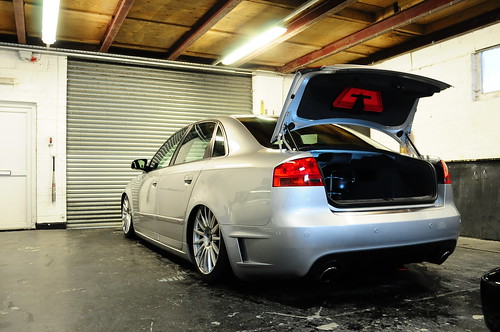 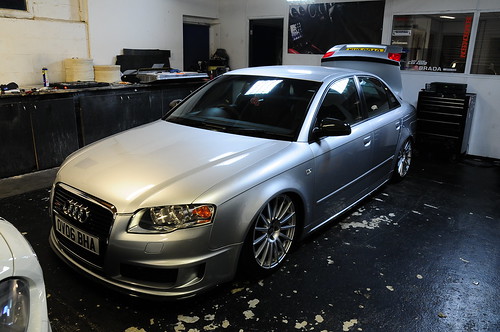 Just a brief blog this time round, but enough to show you what been going on with this car as it starts its journey, It’ll be showing with us throughout next year and will look a little different to how it does now!

As always, all products and fitting services available right here, If you would like to get hold of me to sort work out, then just shout! We’re a trusted premier dealer and installer of all Airlift products and offer a lifetime guarantee on our work.

Thanks for reading, social media shares are highly appreciated.