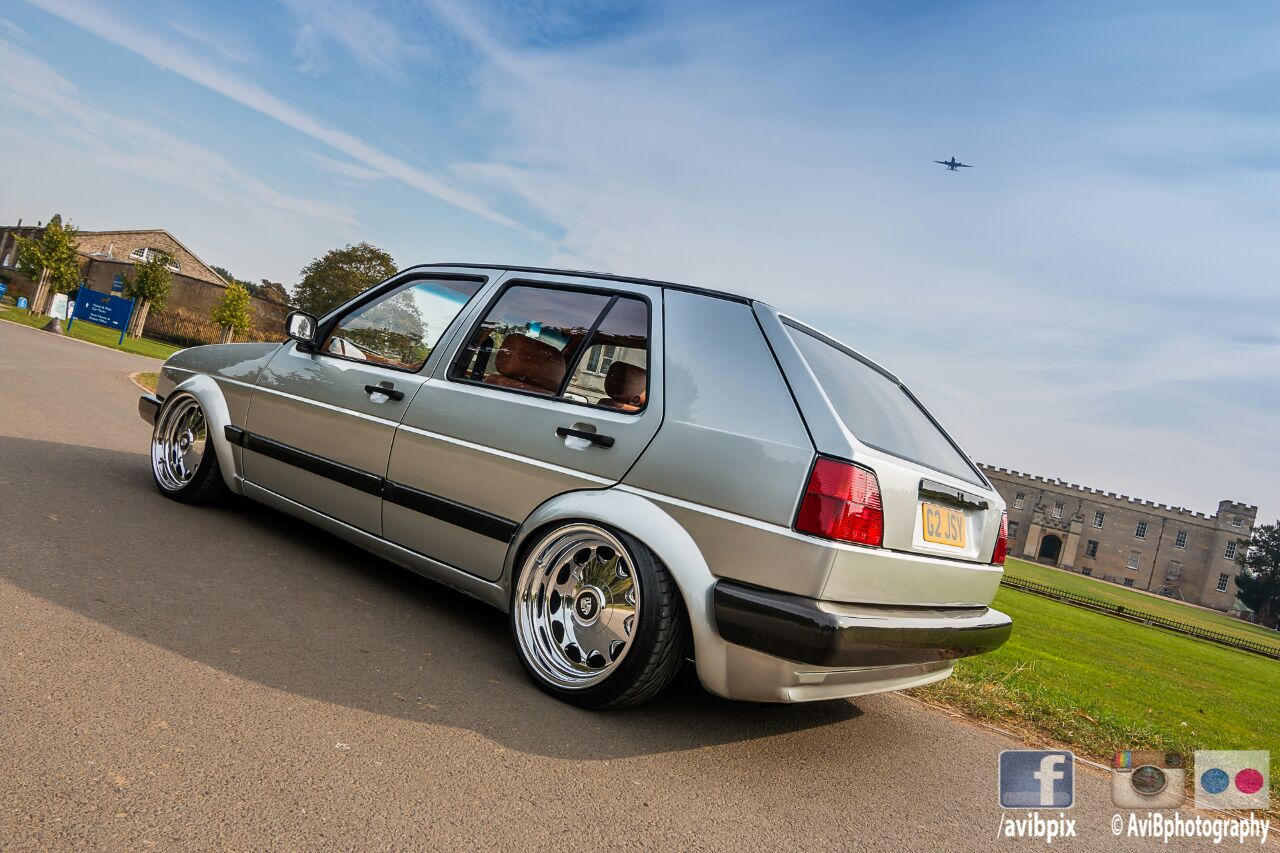 Now, it’s been a while since we’ve put together a full on Mk2 Golf, there was a time in our workshop when there was nothing but the aforementioned 80’s hot hatch. From fully custom bays housing supercharged Vr6’s or boosted 20vt’s with decent power through to our complete signature builds with paint, conversions, audio, interior, wheels, chassis and so on.. Our own first demo car was an award winning mk2.. (I think there may be a whole other blog post to be had from this!)

It’s natural for a business to move on and take its own shape once its on the ground running so to speak so we have found ourselves without a mk2 in the family for quite some time.. This is where my two main paji’s Jassi and Parm, two hard core oldschool VW lads changed our direction earlier this year with what was to become a massive interior project. 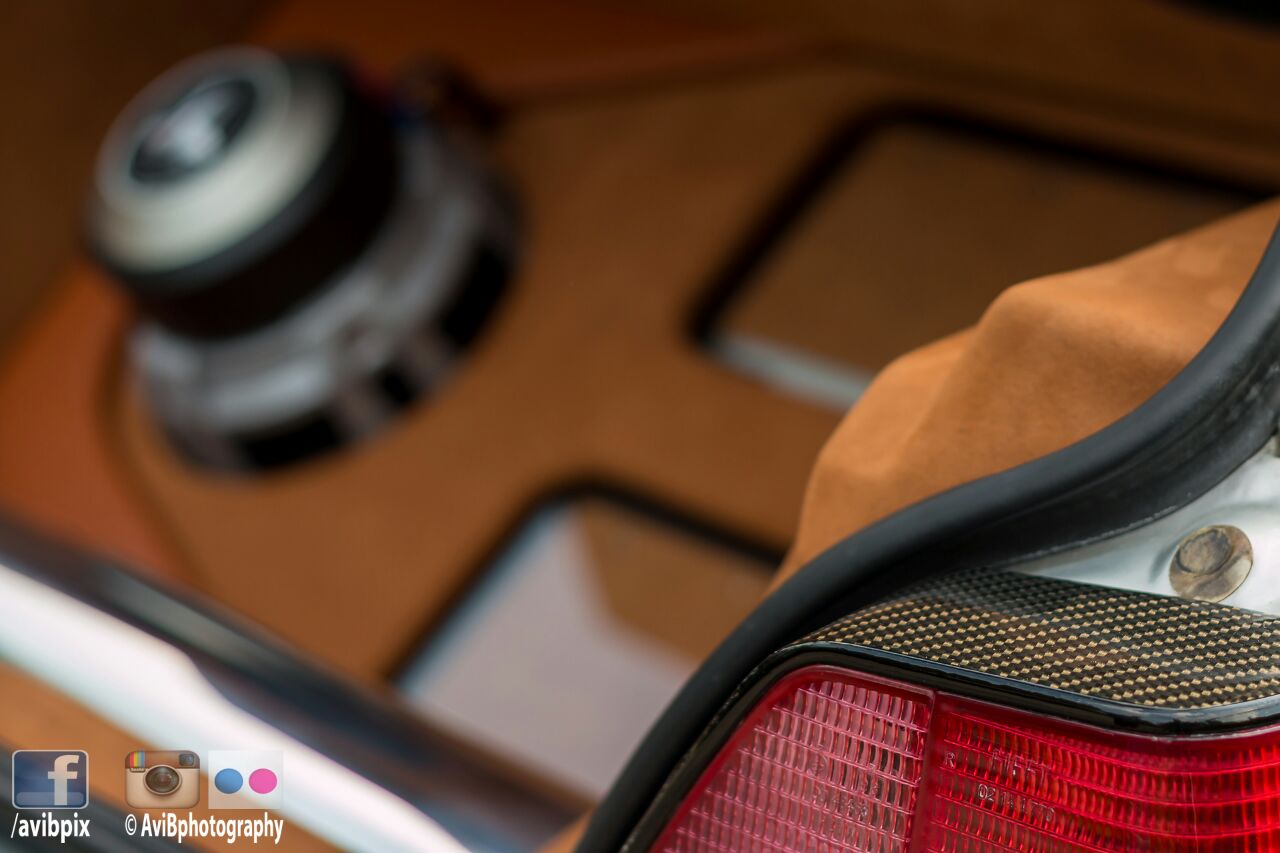 The brief was “leather…. everywhere”, Switch the air up, full audio and speakers in all doors, Completely sound deadened to keep the wailing supercharge VR, not to mention the six speed straight cut Quaiffe box at bay… We sat down, had a cup of tea and a serious chat about what to do, how to contrast colours and also how to make it special enough without blending into all the other large interiors around at the moment. This one needed to be played very well as mk2’s can quite easily step over the line into “silly” territory with to many mods. 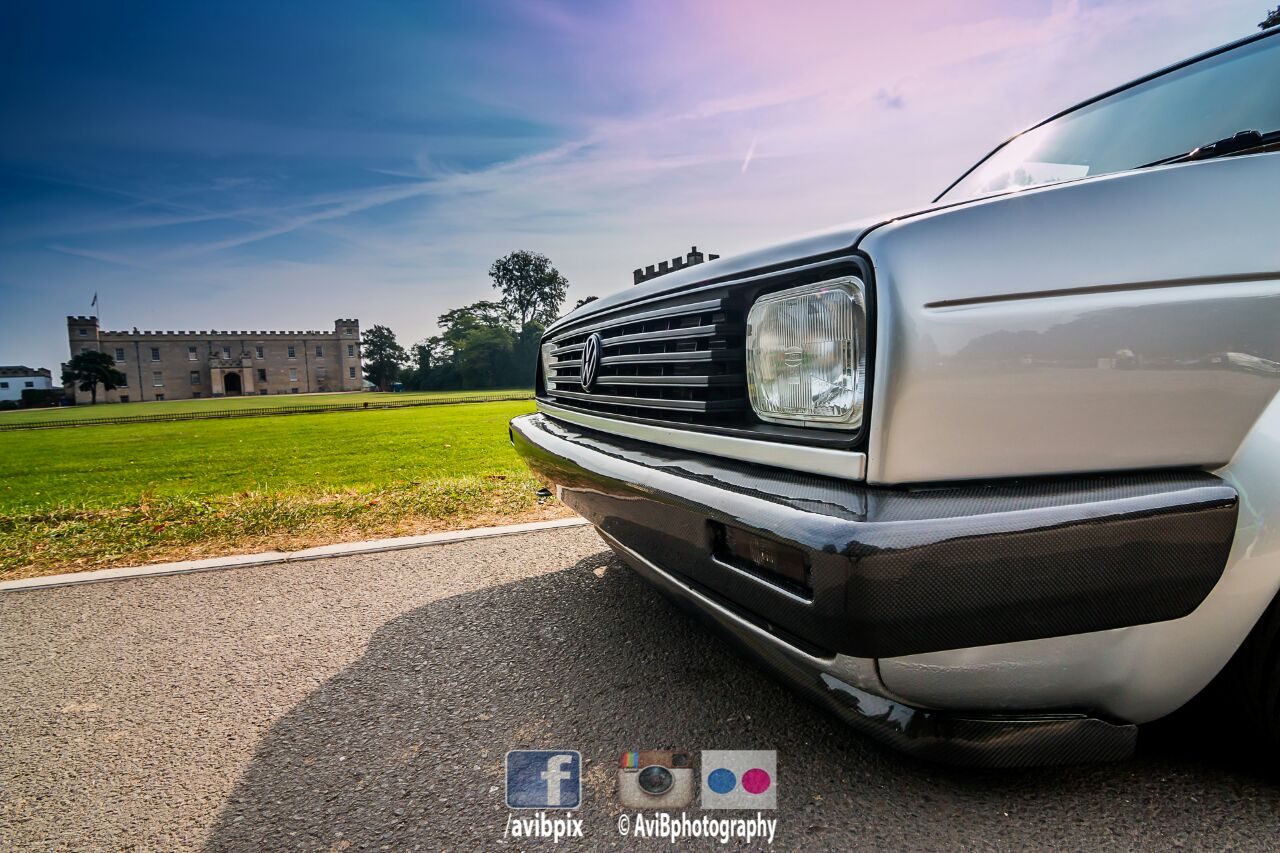 As the project went on, the plans as ever kept changing, not through any of our own decisions or the lads wanting the car built, just simply because it worked doing it the way it was naturally going. Take for instance the dashboard. This was due to be trimmed in the same Bentley leather as the seats are however it just looked clumsy, the seams (of which there are twice as much when using leather) were to large and obvious. Coupled with the fact there just isn’t another full Alcantara mk2 dashboard that we know of it makes this section of the build particularly special. Contrary to popular belief it is also a fair bit more expensive and luxurious than most leathers. 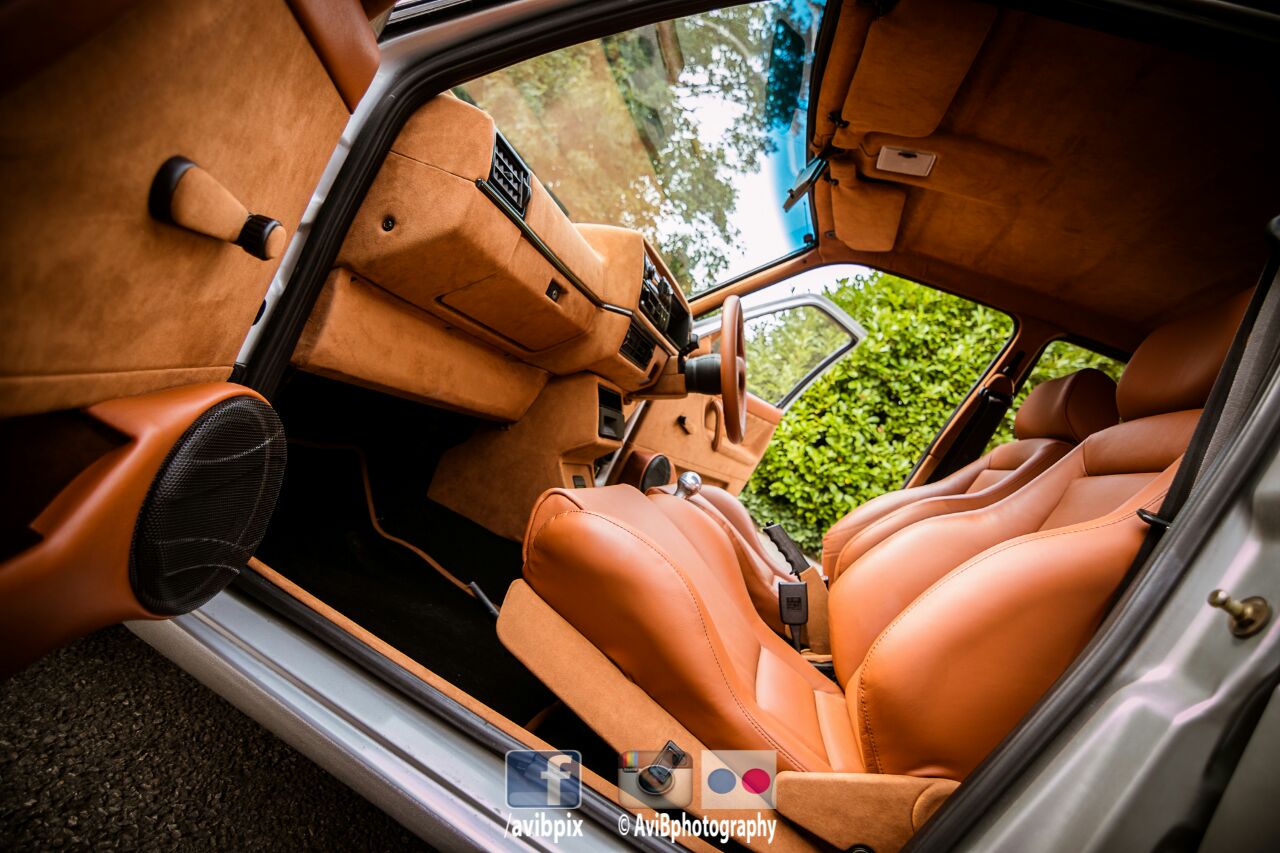 Mk2 Recaro’s with electric adjustment where chosen and trimmed for the driver and passenger seats, the rear bench trimmed to match. The complete interior was removed prior to trimming so that we could sound deaden the whole car. A job well worth underatking regardless of whether you have a decent audio system or not. The roof lining and pretty much everything from the door scrapers up were trimmed in the sandy shade of Alcantara you can see. Little touches like the dash surround, seat sides, custom mount for the air control and even a novelty baseball bat was trimmed to hand over to Jassi when he collected the project complete. 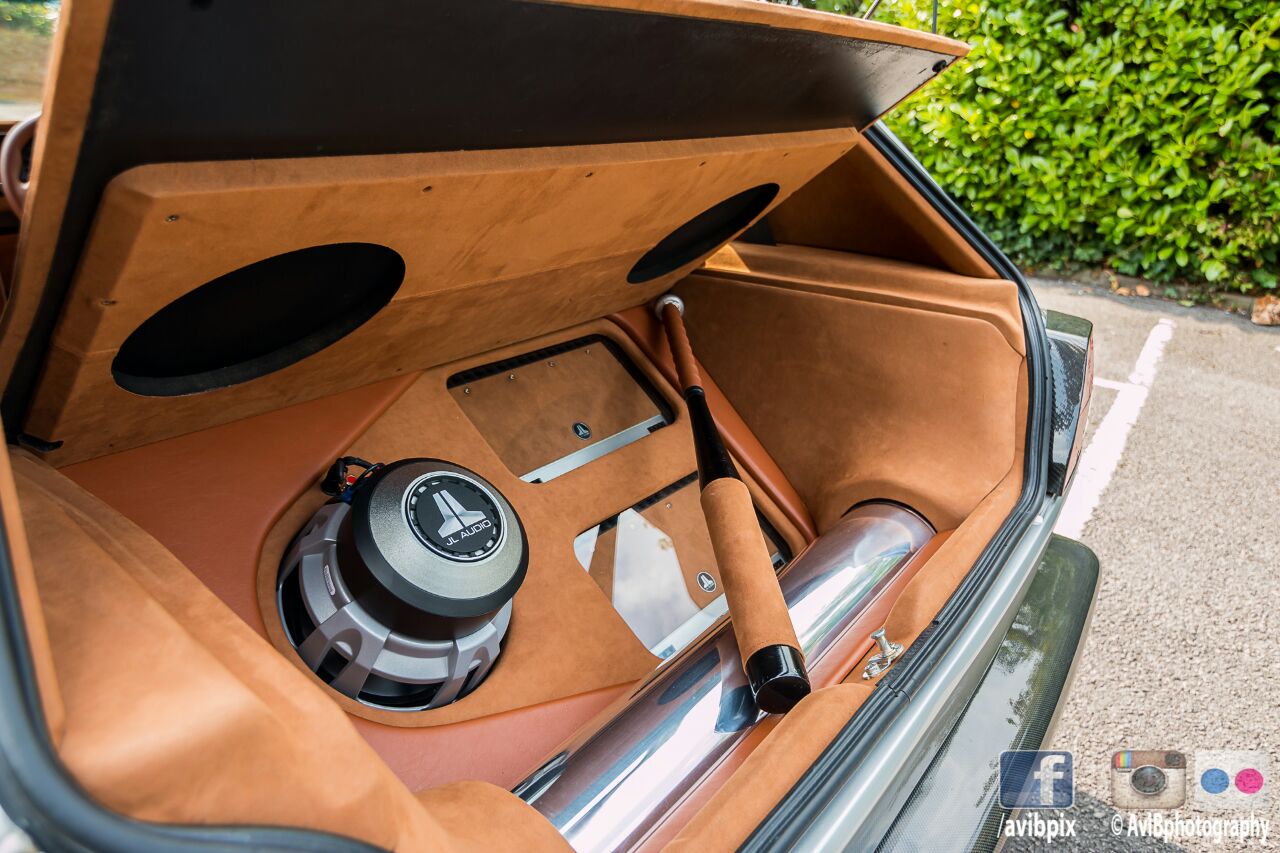 The job as is to be expected with large builds like this wasn’t completely plain sailing and took a very long time to complete but it just had to be right, it missed the deadline a couple of times due to things that we just wanted to change or re-do to keep it at the standard it is and dealing with plasticizers that just seemed to want to put a stop to whatever we did we ended up shipping different glues in from US to overcome these snags… Never the less the car was readied and complete and all parties overwhelmed with the outcome. Sometimes its just worth that extra bit of time. 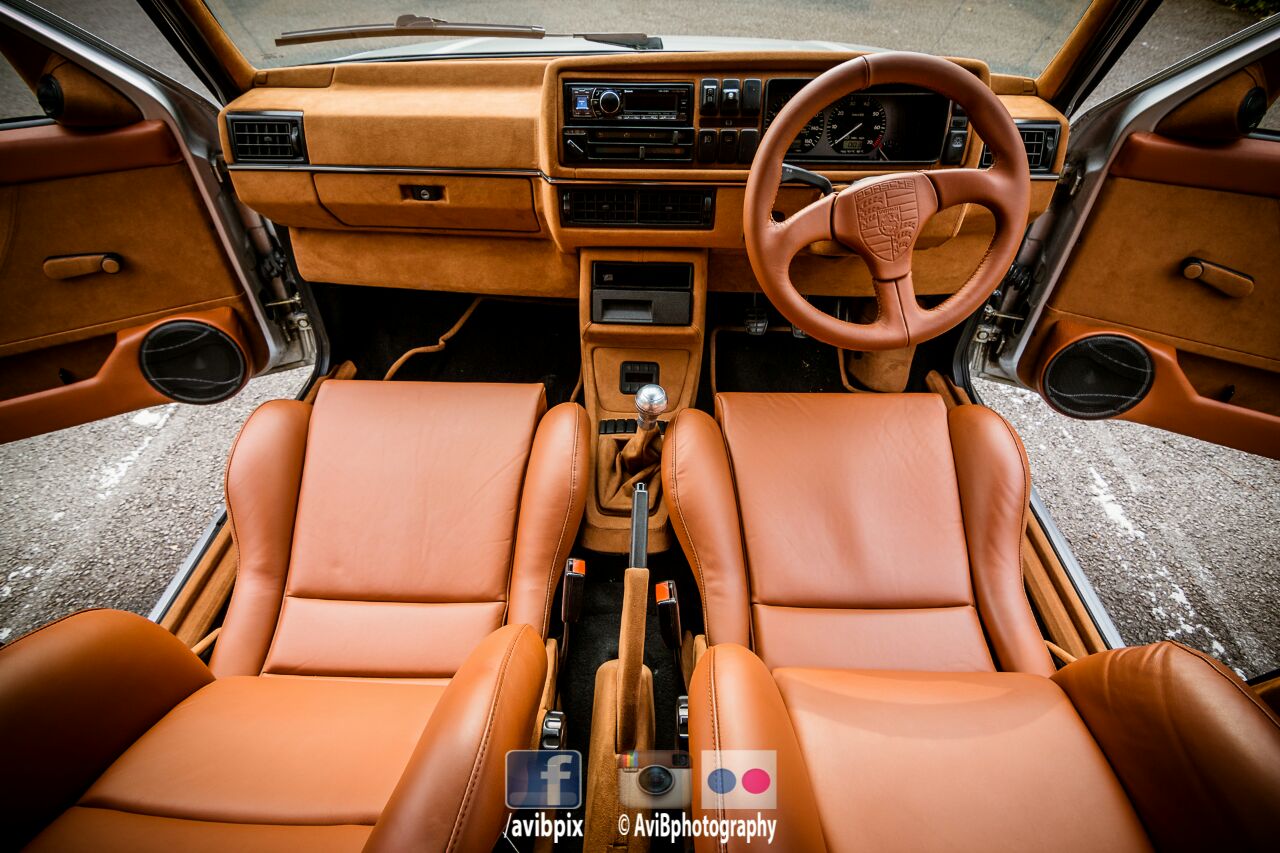 The audio chosen for the job was a mix of our skills with product and Jassi’s preference of equipment he has owned before. The excellent JL W6V2 10″ woofer takes up bass duties and is regarded by a lot of audio enthusiasts as one of the best small bass drivers ever made. The amps – JL Audio slash series amplifiers were used, buckets of control and relentless power from JL’s patented R.I.P.S technology which in short will allow the safe running of nearly any load, guaranteeing the stated power output and will carry on giving its all right down to 9v, not that we recommend it but it will. Alpine electronics for the signal allowing bluetooth audio and normal CD/Radio etc.. With Audisons fantastic Voce range leading up the speaker front, a 2 way 6.5″ set in bespoke door builds and tweeters in custom housings up front and a 5-1/4″ coax set outback again in custom builds. 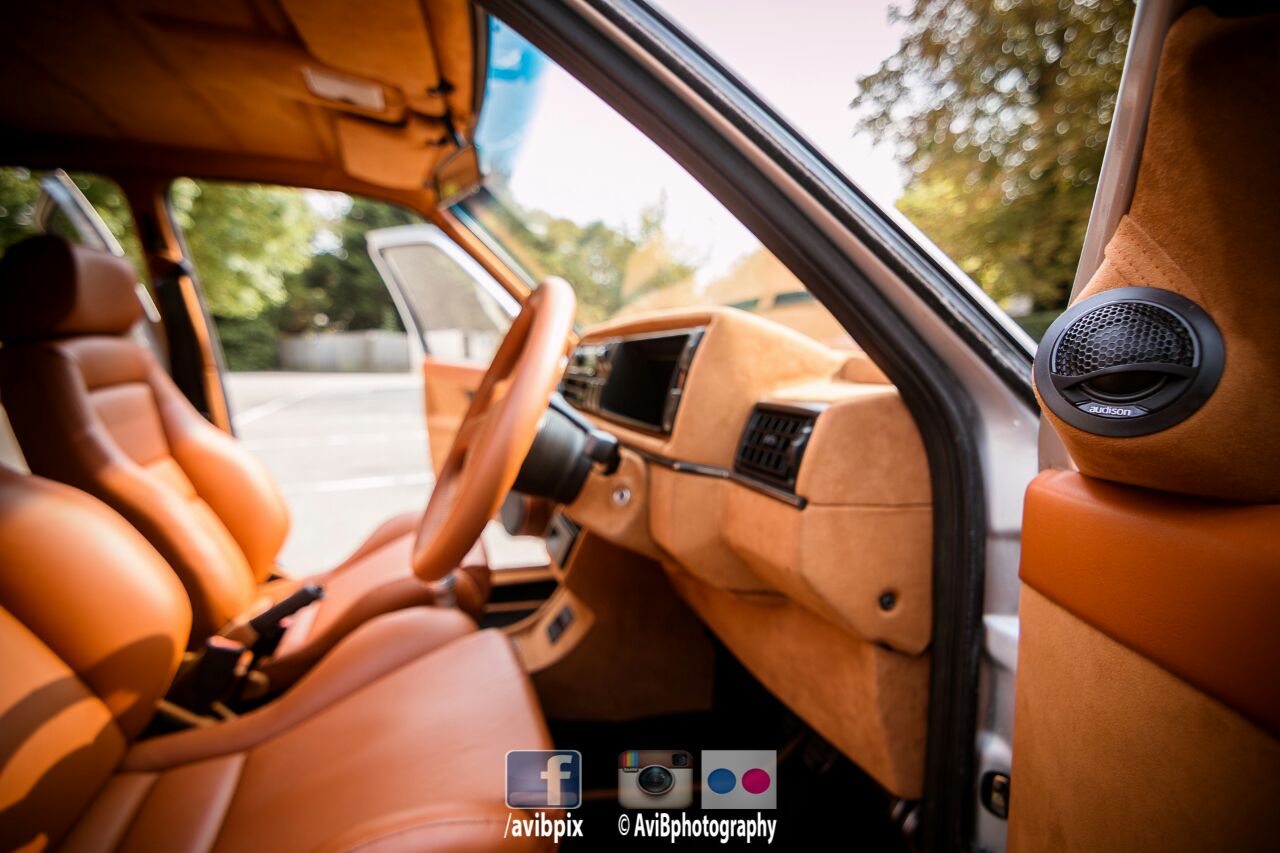 As you can see the boot hasn’t gone untouched, a full boot build housing the air ride set up, all three amps (one hidden) and subwoofer was built and trimmed in the same exclusive fabrics as the rest of the car. Hardened glass was used to keep the amps clean as these two have also been stripped down and treated to the sandy Alcantara treatment. The battery is also located in the boot alongside the hidden amplifier. 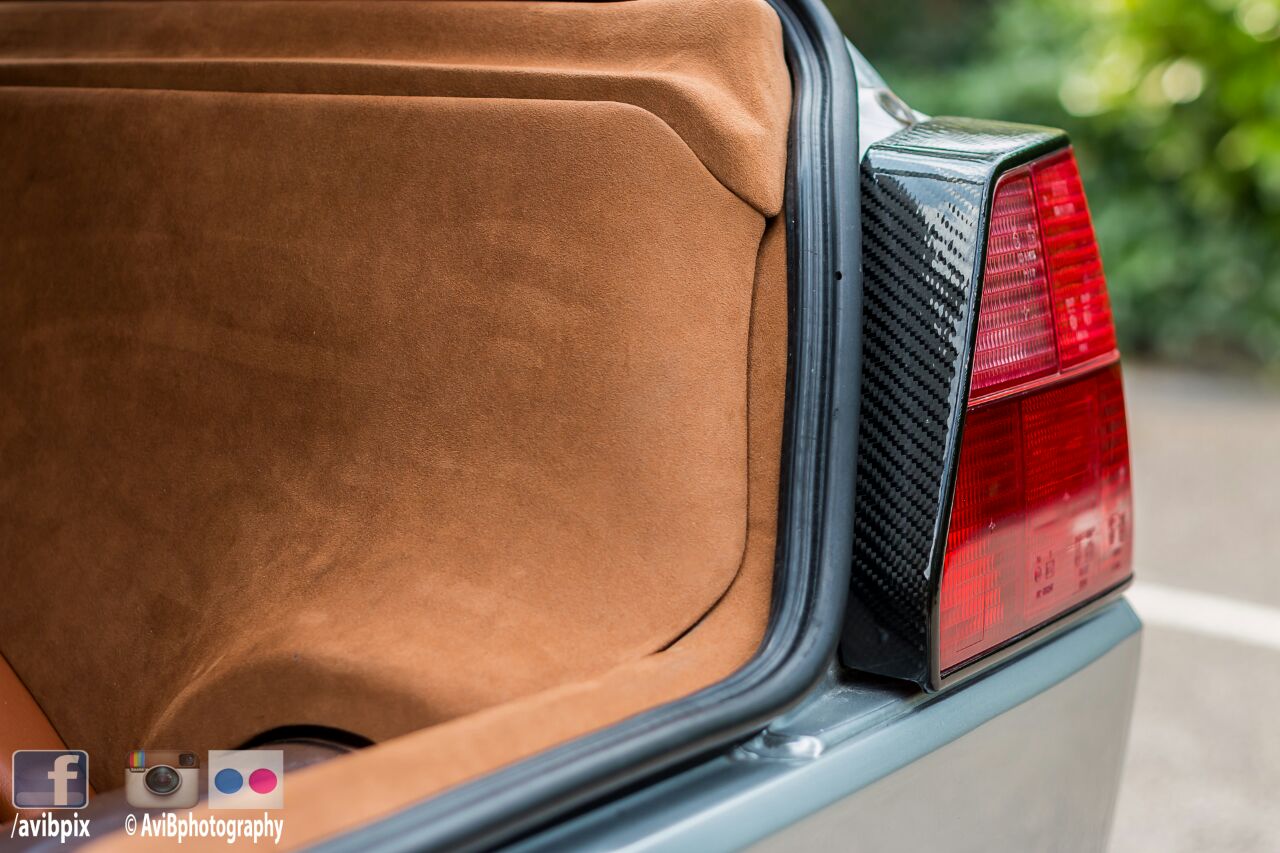 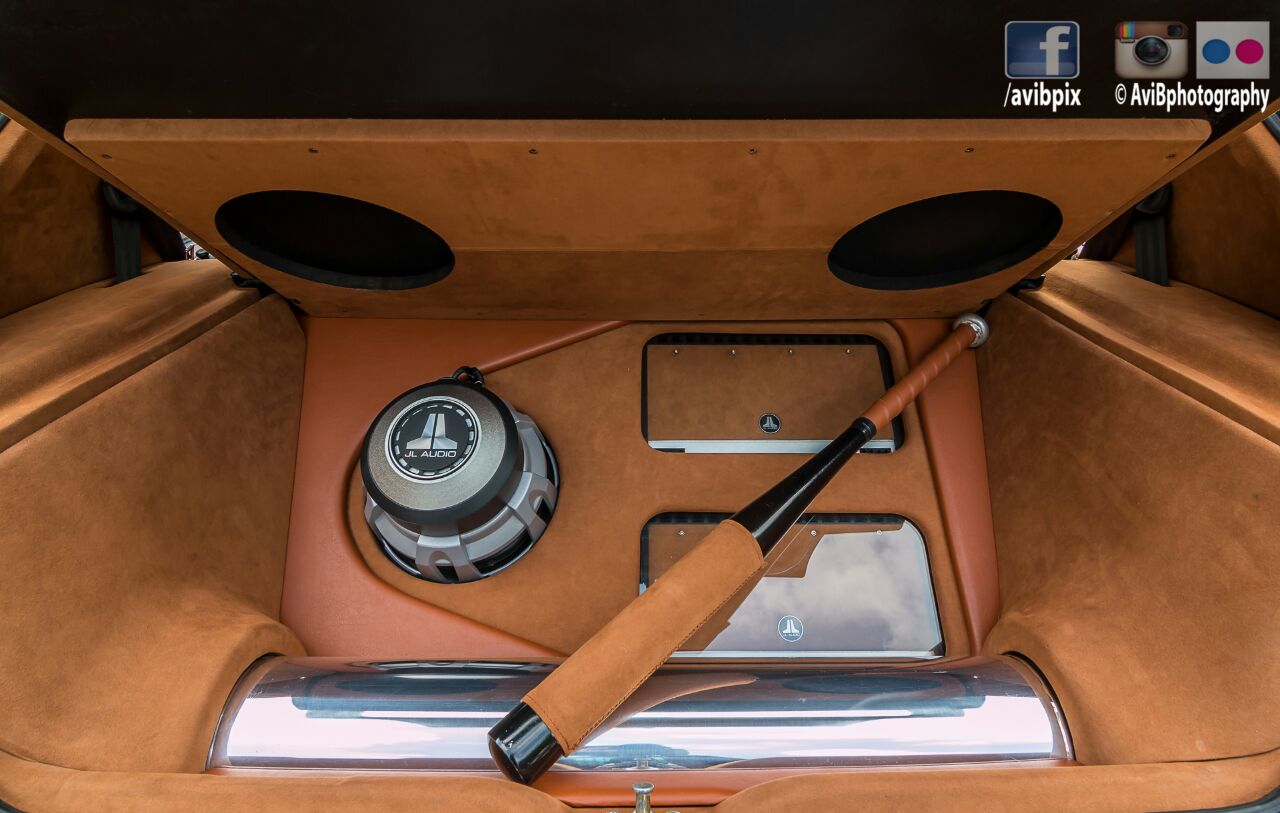 We think what has been done here works very well with the exterior styling on the car from the custom carbon work quite subtly all over the car to the 16″ chrome budniks the car sits its custom arches over. Let’s not beat around the bush, this is a show car, there’s no space for shopping here. Its built by Jassi, for Jassi and his direction we think is fantastic. At no point does the car adhere to the safe line of mk2 modifying although somehow it still manages to please and look fantastic. Its definitely on the opposing side of the fence to your usual mk2 “oe” style modifier but its rare you can say that and still have a product this impressive. Something done right, the wrong way? 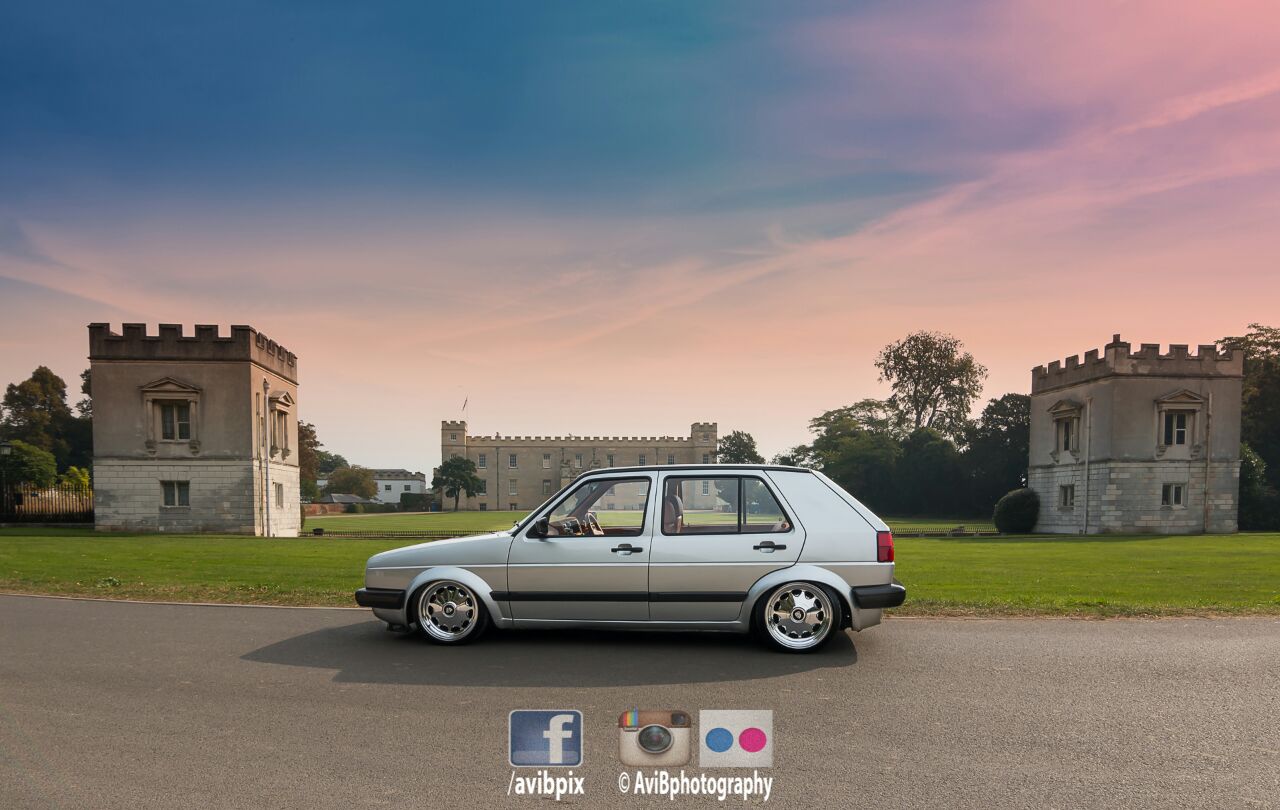 Anyway, it ticks our boxes! Would also like to thanks Edge Automotive interiors for his part in this project and being as usual as high a standard as we want, outstanding work as always! And AviB for the photo’s, get at him from his watermarks and thanks for letting us use your shots bro.