We get asked a lot – “Could you hide my headunit for me?”.. Never with an explanation as to why other than not wanting a new age deck to be seen or on display in an otherwise period interior..

Now there’s more to this, Subconsciously it isn’t simply the fact we want to not see a modern display inside a classic car, We don’t want to see them in period car’s due to the majority of them having LCD/LED/OLED displays which just look plain odd in amongst a classic interior, its more to the point to say that we want all of today’s conveniences in our car’s be that whether its a new age car which we do a lot of or classic cars we also have a fancy for re-working.

However, this isn’t to say that because we don’t want to see them we simply don’t want the end game. It would be daft to assume that in this day and age we wouldn’t want our entire music collection available at the flick of a switch never mind where we are when we want it. Sounding as well as it can sit’s right along side this standard way of modern thinking with us. 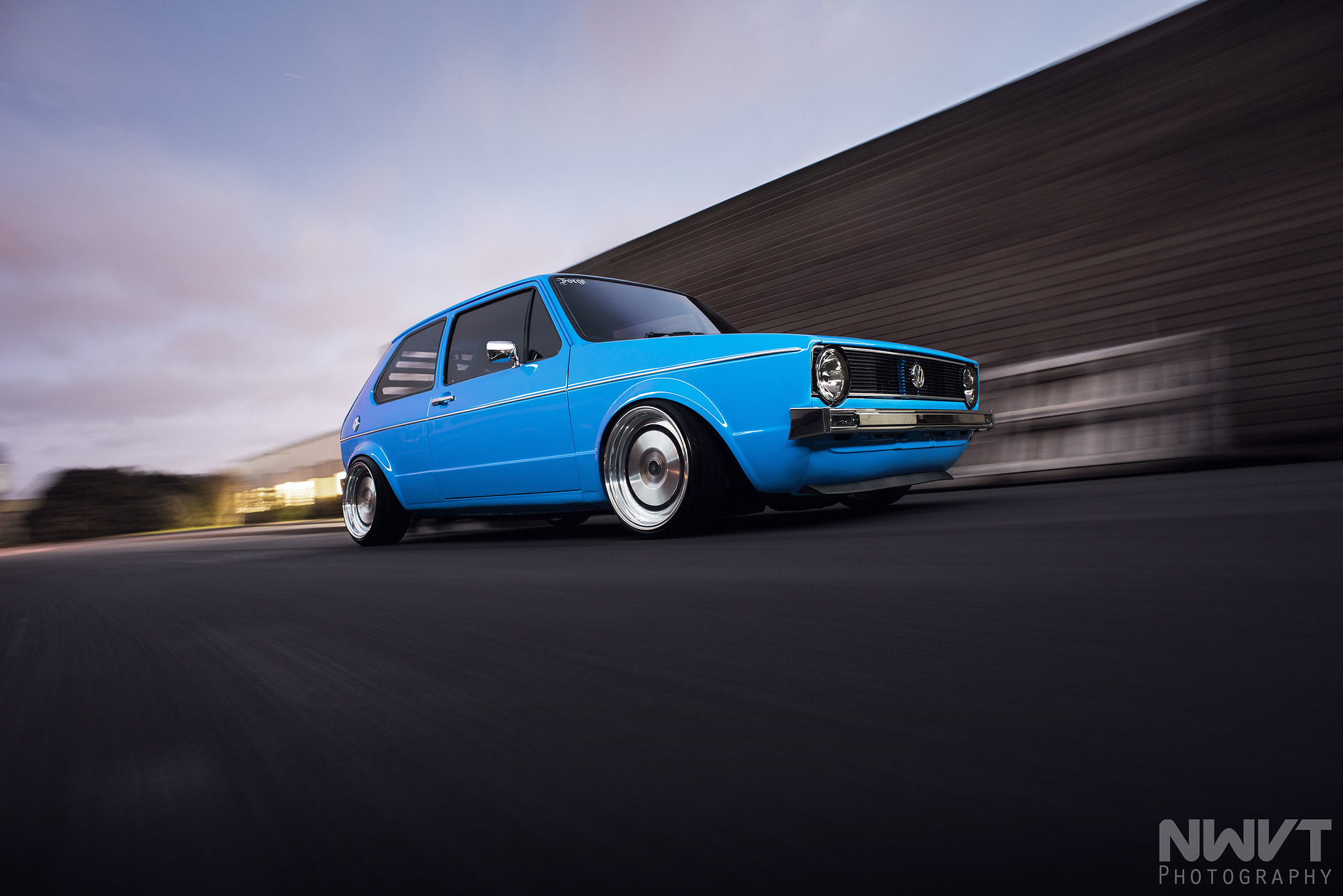 This is a 30 year old car give or take a few either way, its from an era of LP’s, RCA’s, MW radio yet inside houses a full on streaming digital music system, High Def music from any device capable of sending it a signal with the correct file uploads. Take a look in your pocket, on your desk or down the side of the sofa, you’ll have this device, you’re quite possibly reading my words on it right now.

You don’t need flashing boxes and wires in your glovebox, you needn’t hide away a head unit under your dash. Quite simply you should be looking at using a DSP – Digital Sound Processor that does exactly what it says on the tin with leaps and bounds more control of the sound of any system than any head unit will reach. Controlled quite cleverly by a wireless device you carry around with you at all times, either via Wireless LAN or Bluetooth its capable of incredible results.

Anyway, I’m getting side tracked here discussing views on DSP over Head units, its time to discuss Zac’s Mk1 and what we did for him in this instance.

Zac approached us last year with a simple goal of fitting his air system and incorporating it into a build that also housed a system he could listen to while on the move but with a level of finish he could display come show season. He got what he asked for, and we chucked a little more in for good measure. What Zac expected and what he got where two completely different kettles, in the best possible way of course. 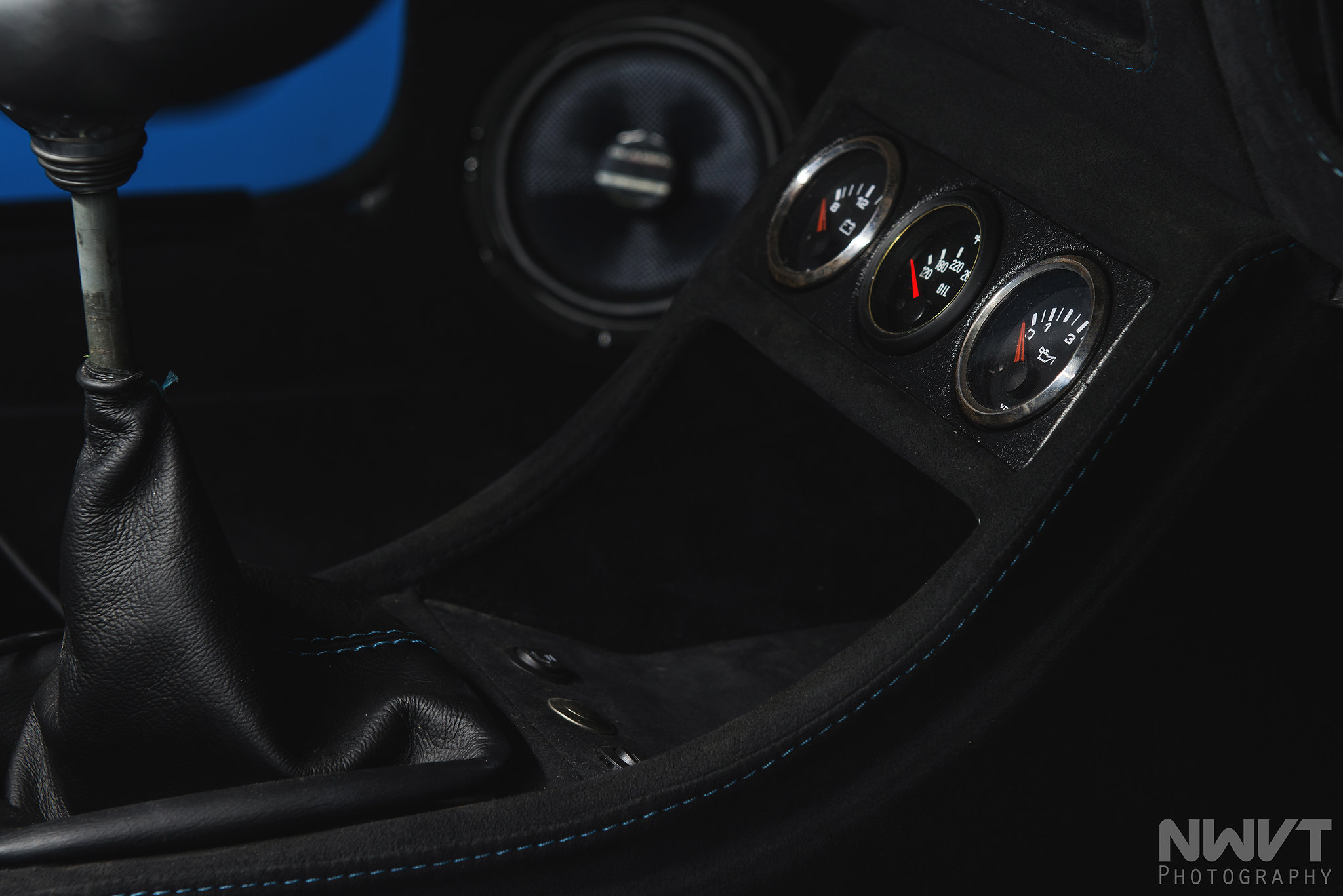 What zac asked for was (as usual) a discrete headunit solution he could play his (wait for it..) iPhone on… Well isn’t he just at the right place? What he got was a Mosconi 4to6 DSP with digital streaming board that he can simply link his iPhone to (this particular processor remembers your device, massively handy in car terms) and control via the billet controler RCD up front for volume/balance/fade and presets/source selection etc.. Little did Zac know this was planned (pre organised) as a surprise for him, he’s never encountered such a system before. 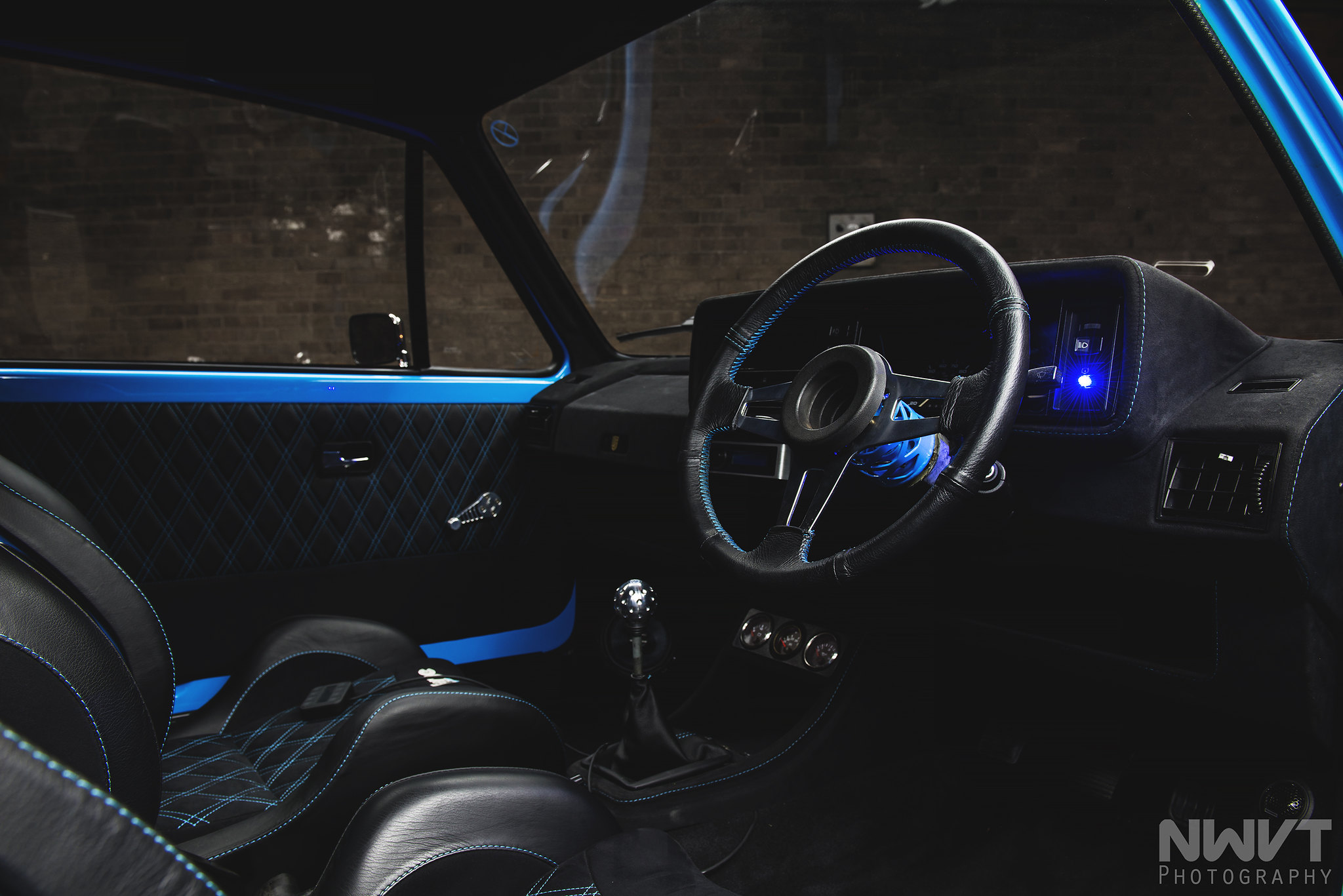 This unit control’s a pair of Gladen audio amplifiers, one on bass and the other on the front end running actively (we’ve covered this many times, its just another fantastic advantage of DSP which allows indipendant control of the frequency band and time/phase plus more for each driver) 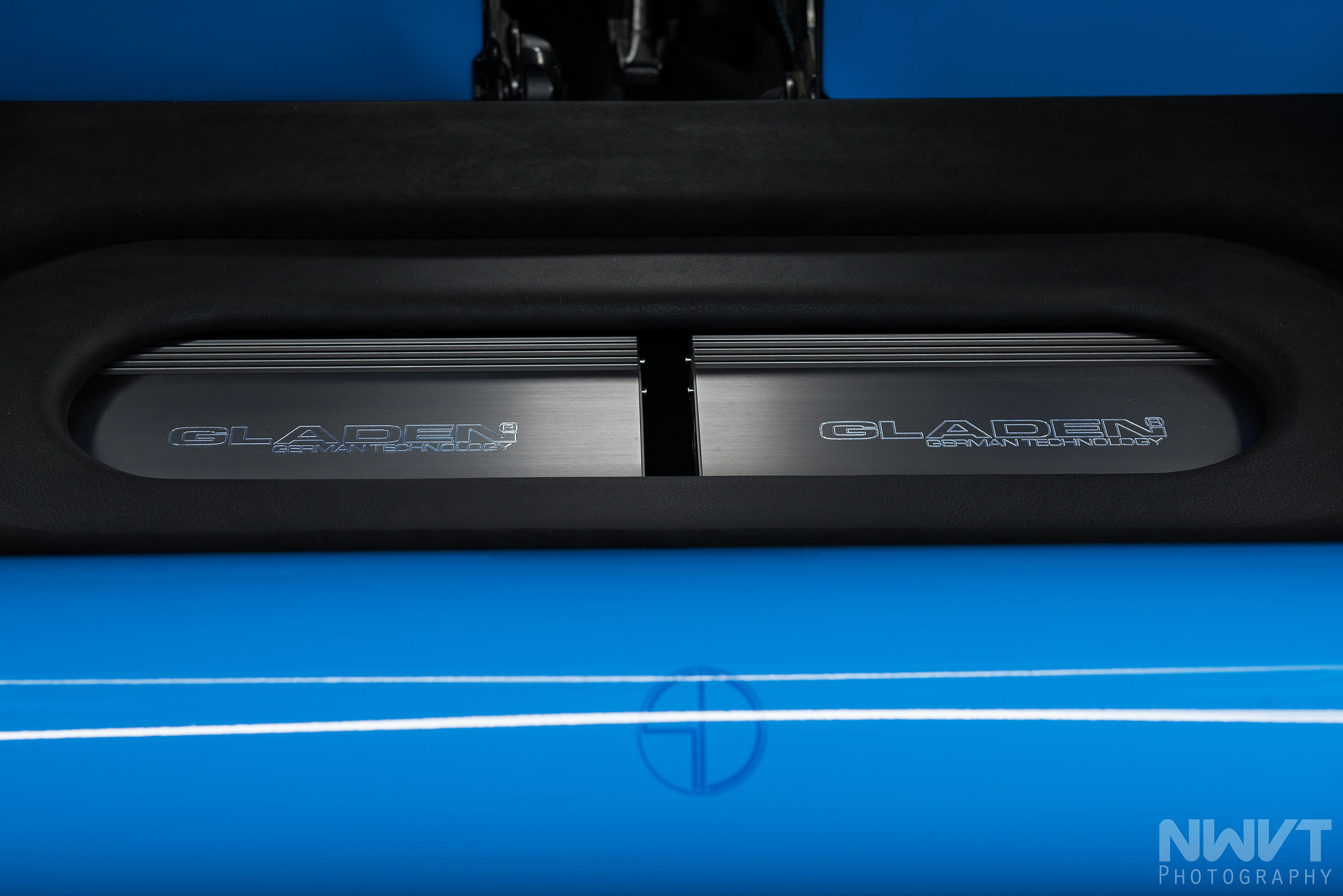 The front end of the system comprises of Gladen Audio SQX 165 “slim” component speakers, all being driven by there own channel of amplification. these are housed in stock look carpeted kick build enclosures and is a sure fire way to get decent midbass into a mk1, for those of you worrying about foot/peddle space Zac is approximately 18ft tall, his feet are staggering. 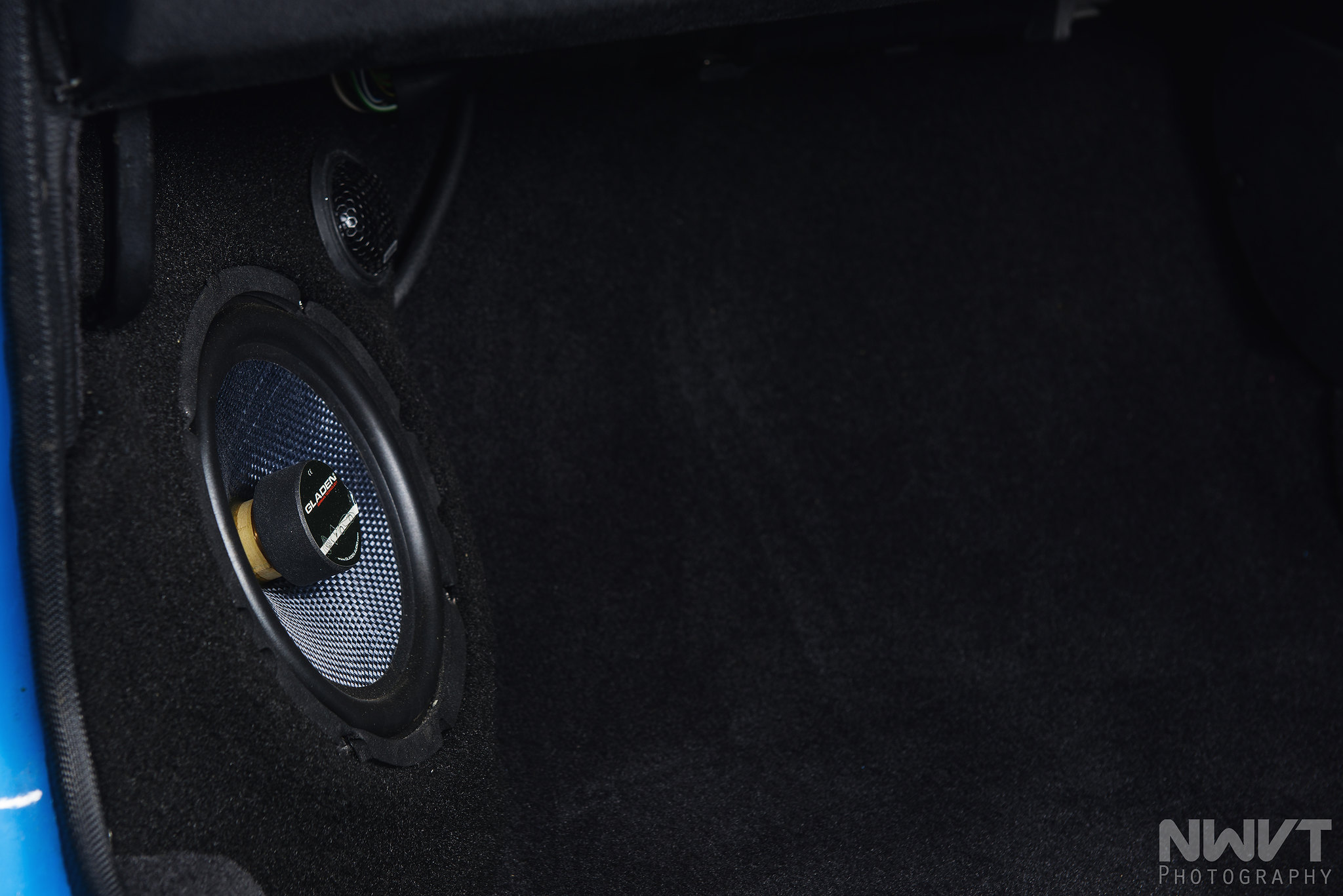 In the rear are a pair of 10″ Gladen Audio SQX line subwoofers in a slightly over sized box and damped for a little bit more of the bottom octave.. this entire install is housed in a custom build as per – 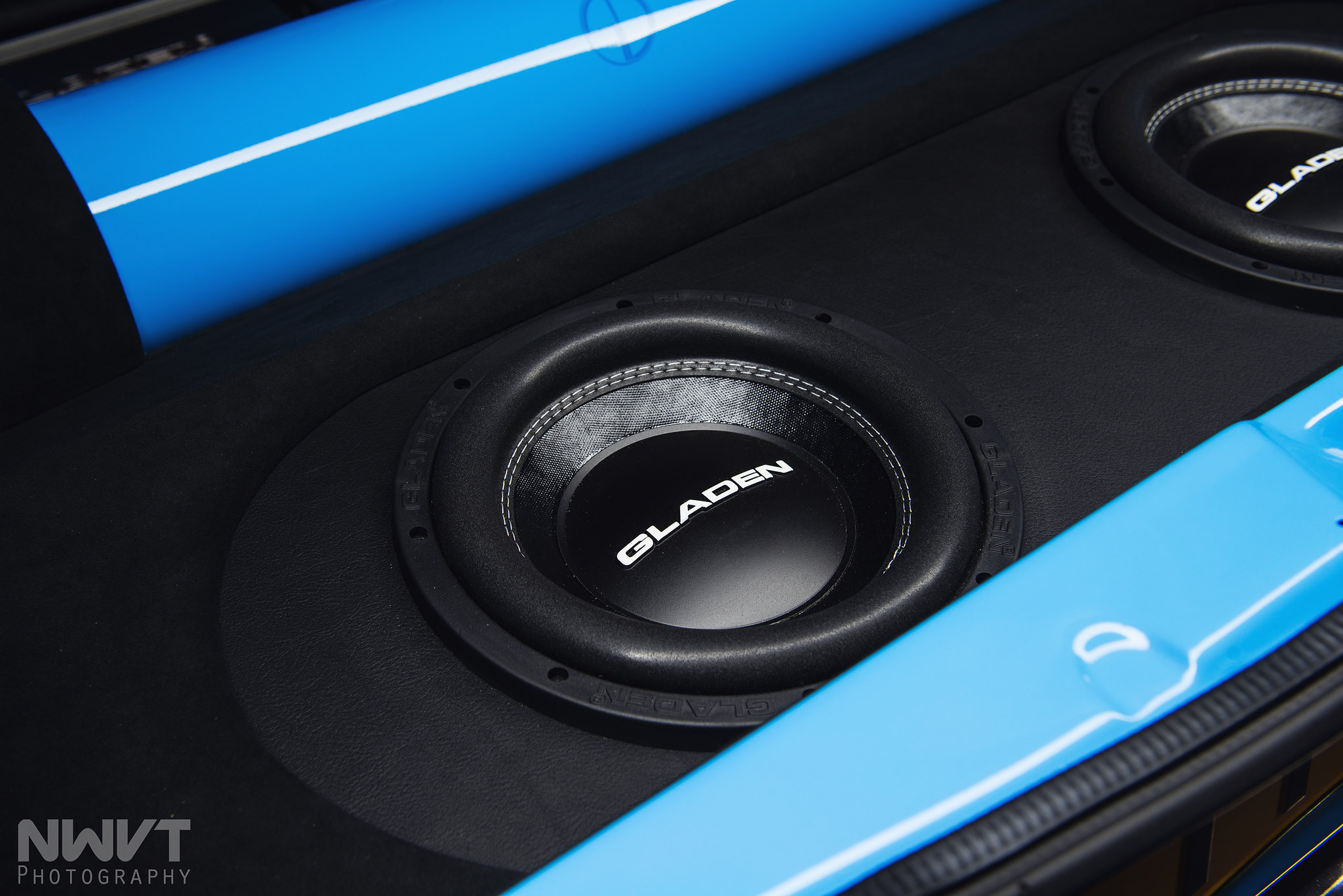 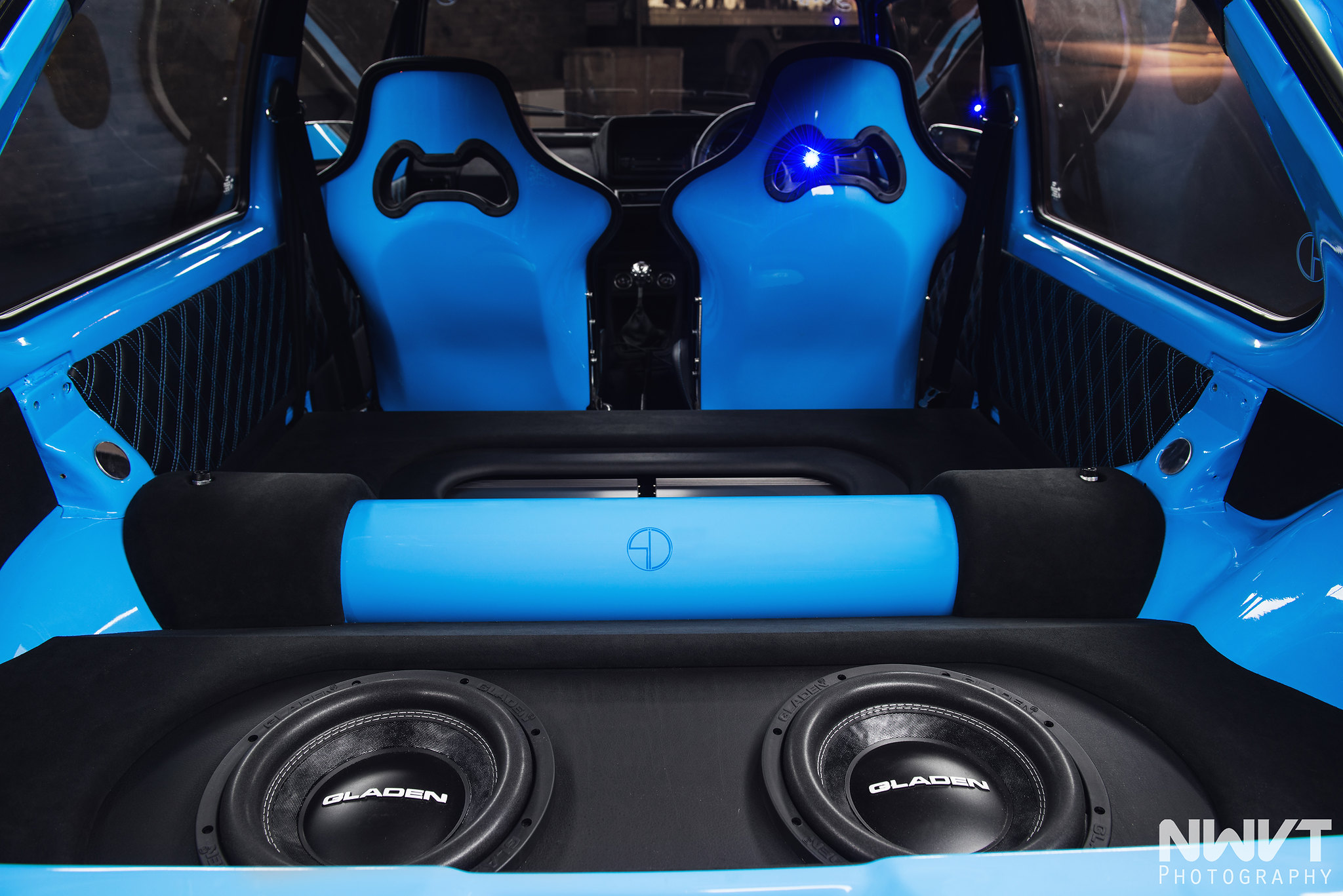 There we have the system in its entirety, a fully digital system as far as the input goes, high quality DACs in the DSP and out to the amps.. The ease of playing any of your music at any time with considerable sound quality and running things like movies/nav/dash apps etc the list is endless and far out weighs that of conventional head units. 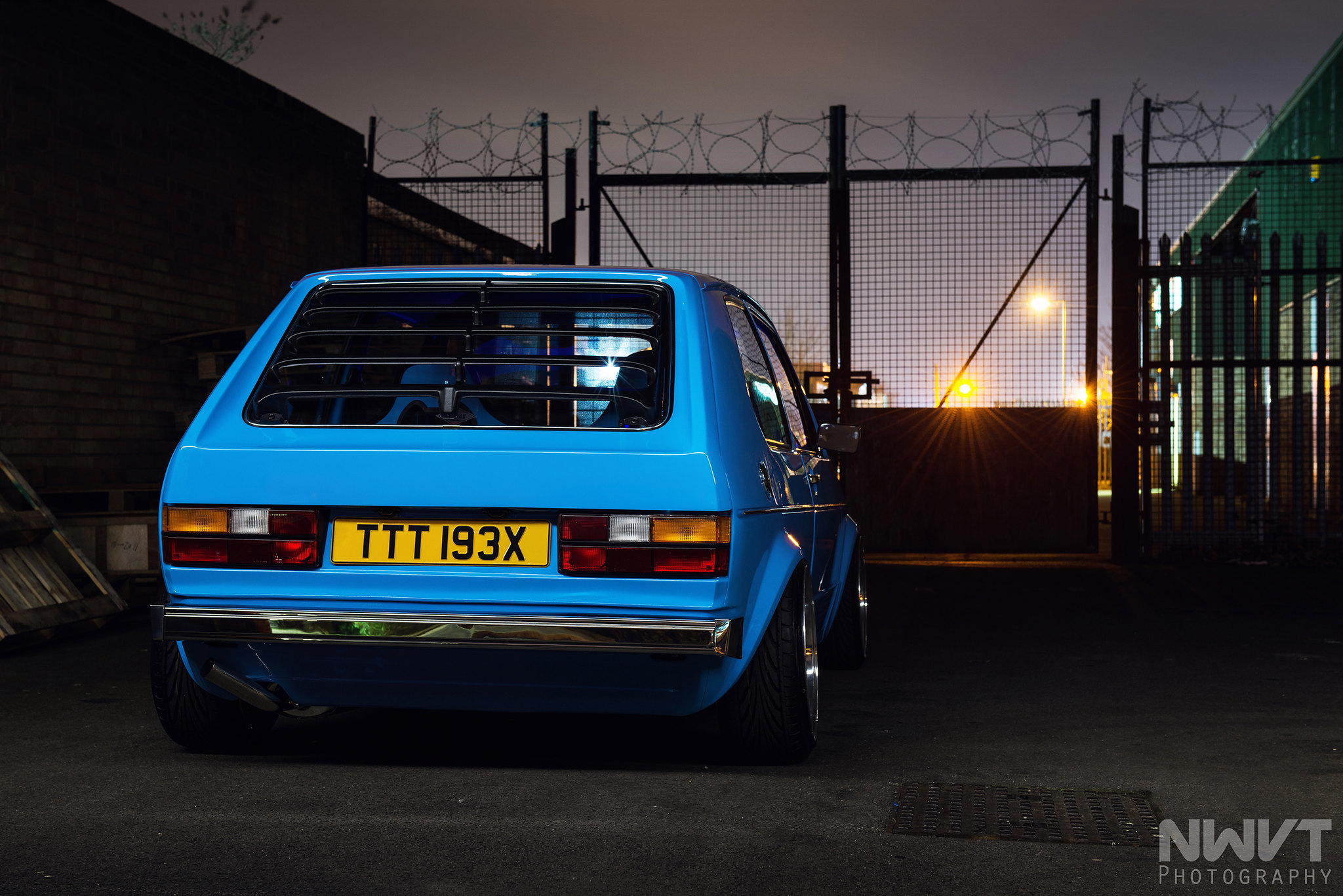 I often forget we were involved in a lot more than just the audio installation on this MK1, the airlift system for instance was fully installed down here, the first of its kind at the time being Airlifts own off the shelf go at the MK1 platform, this worked effortlessly and has tied into the installation very well.

It’s an incredible little car that Zac and the boy’s at ForgeMotorsport/Cobra/Rotiform/Airlift have put together here. Its on the cover of the current issue of the holy Performance Volkswagen Magazine and has been recieved very well indeed throughout the show circuit and the internet seems to enjoy it also. Its been a huge pleasure to be a part of it, thank you.

Remember champs, you don’t need old age tech to enjoy music in an older car, neither do you have to go to the effort of troublesome installation to fit that headunit that can’t do half of what your smart device can do, if push came to shove we could make a system as above just as invisible as a stock system to tie right into a retro interior..

Heres a few shots from our resident camera man Nick Williams – Nwvt.co.uk to keep everybody happy. 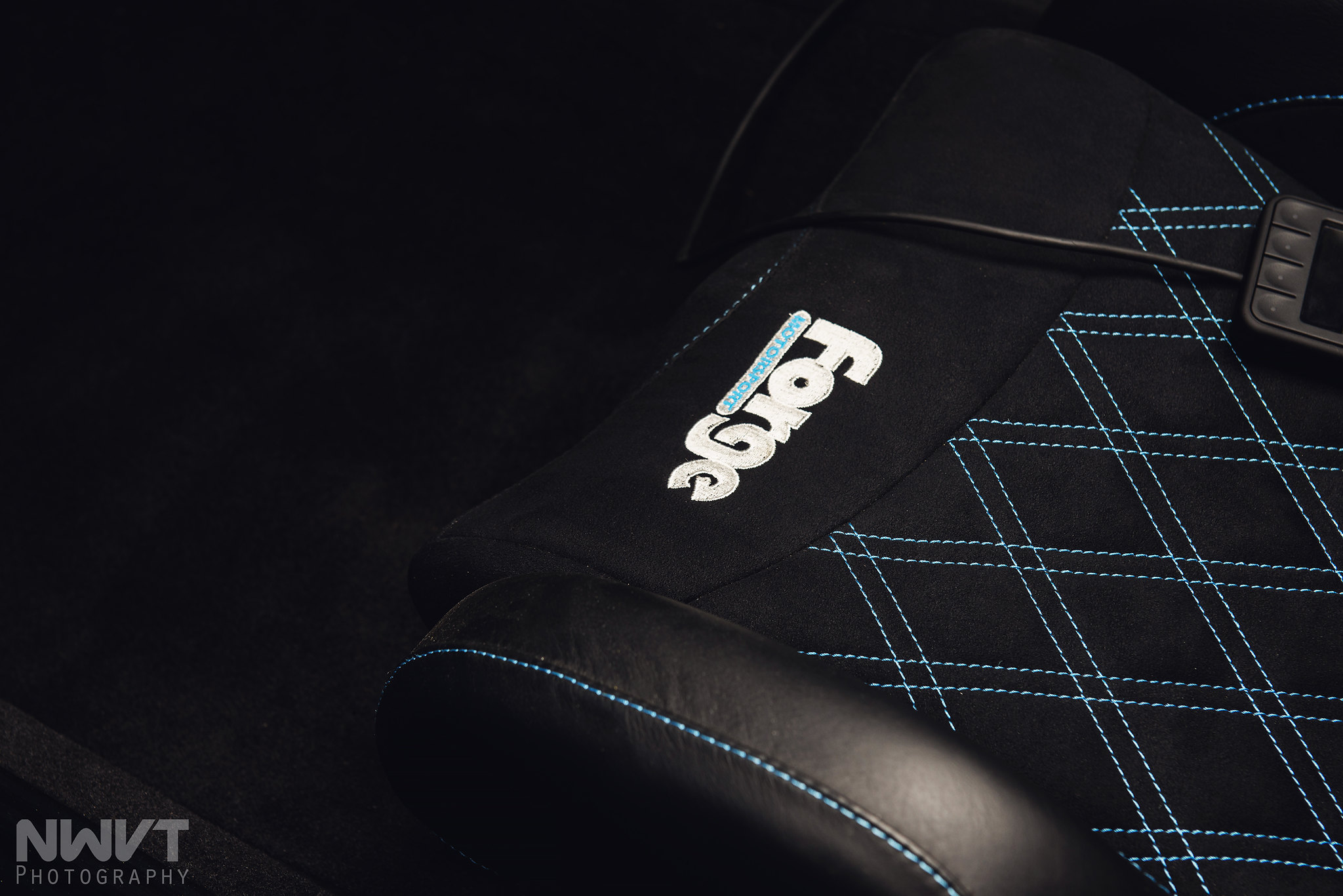 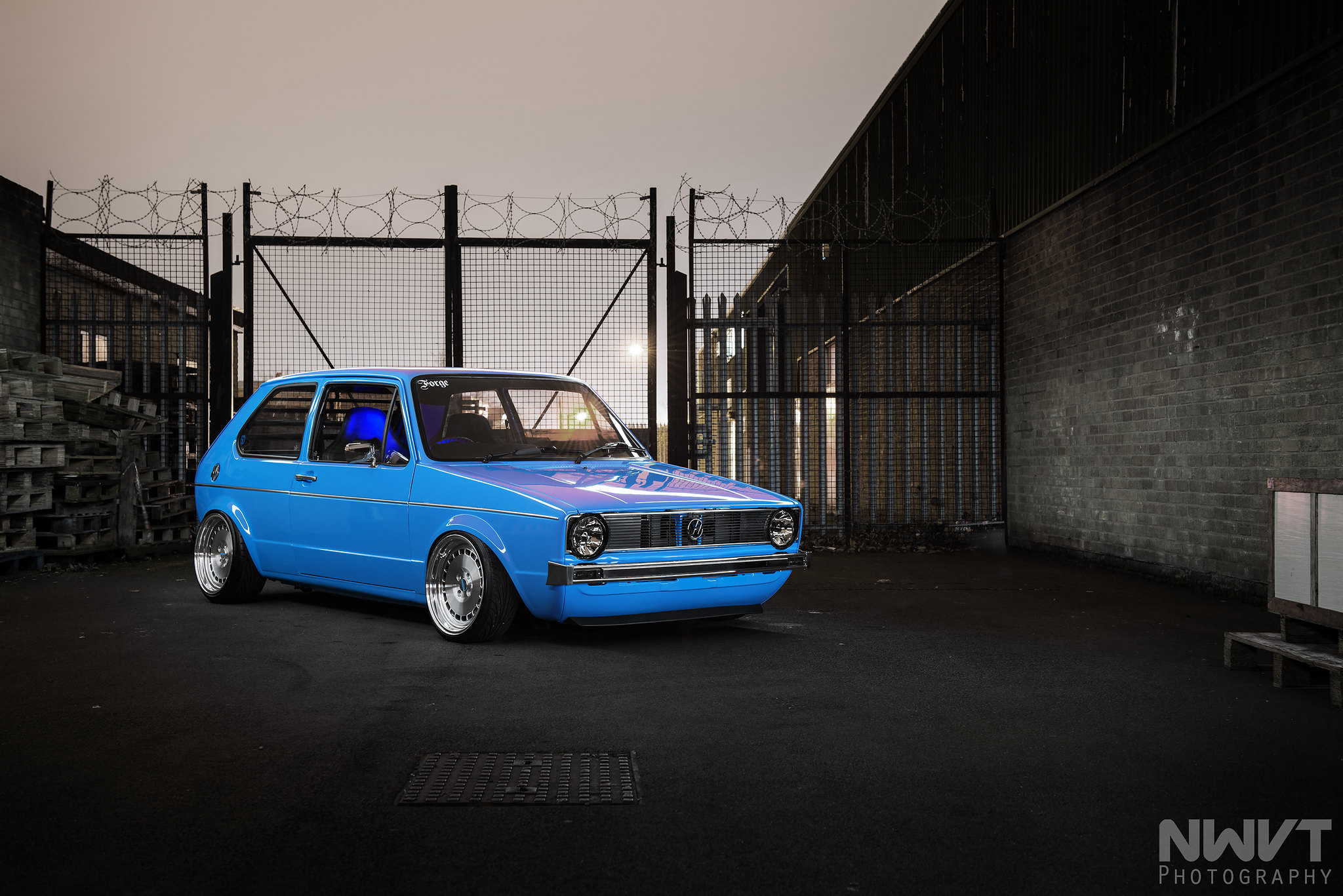 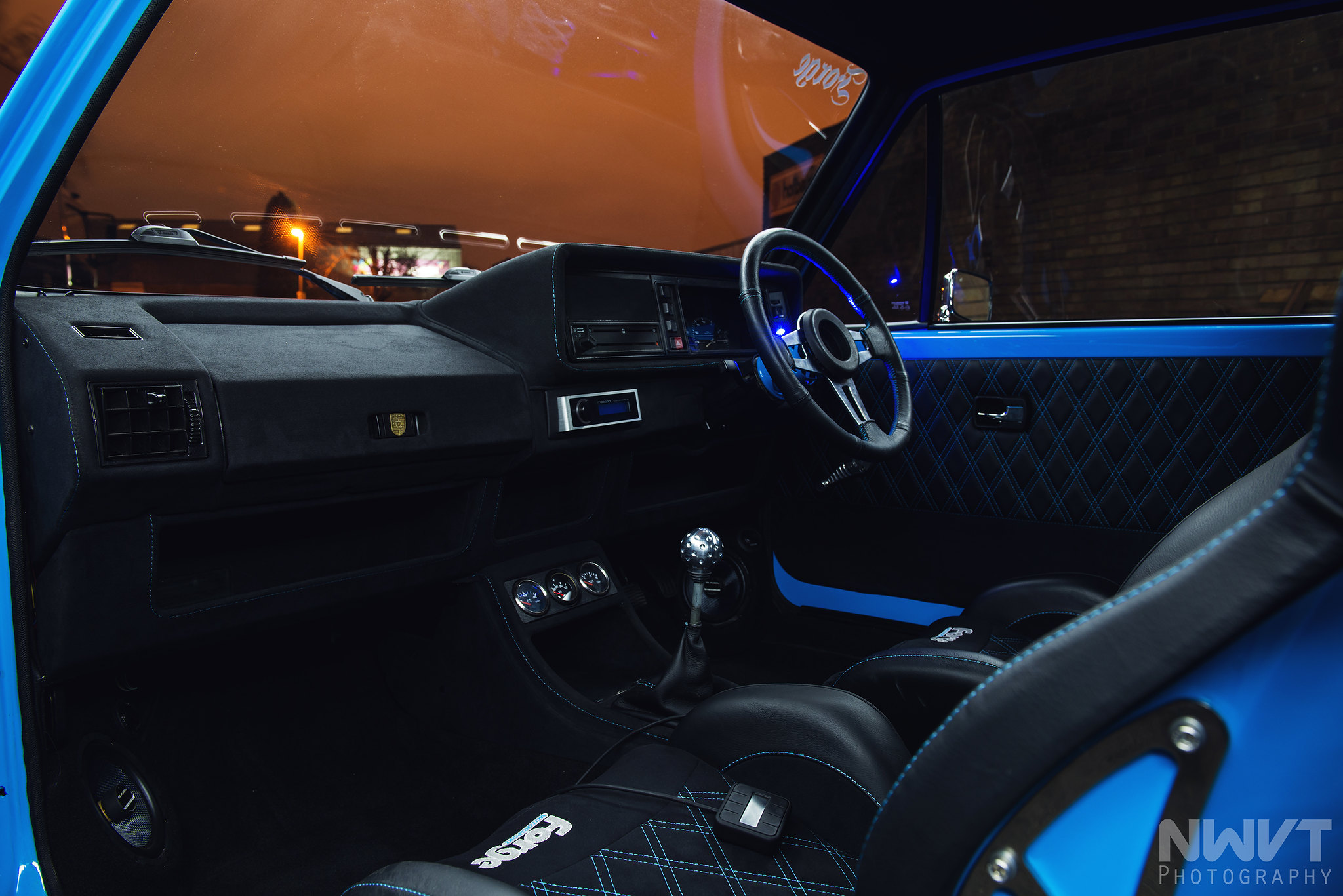 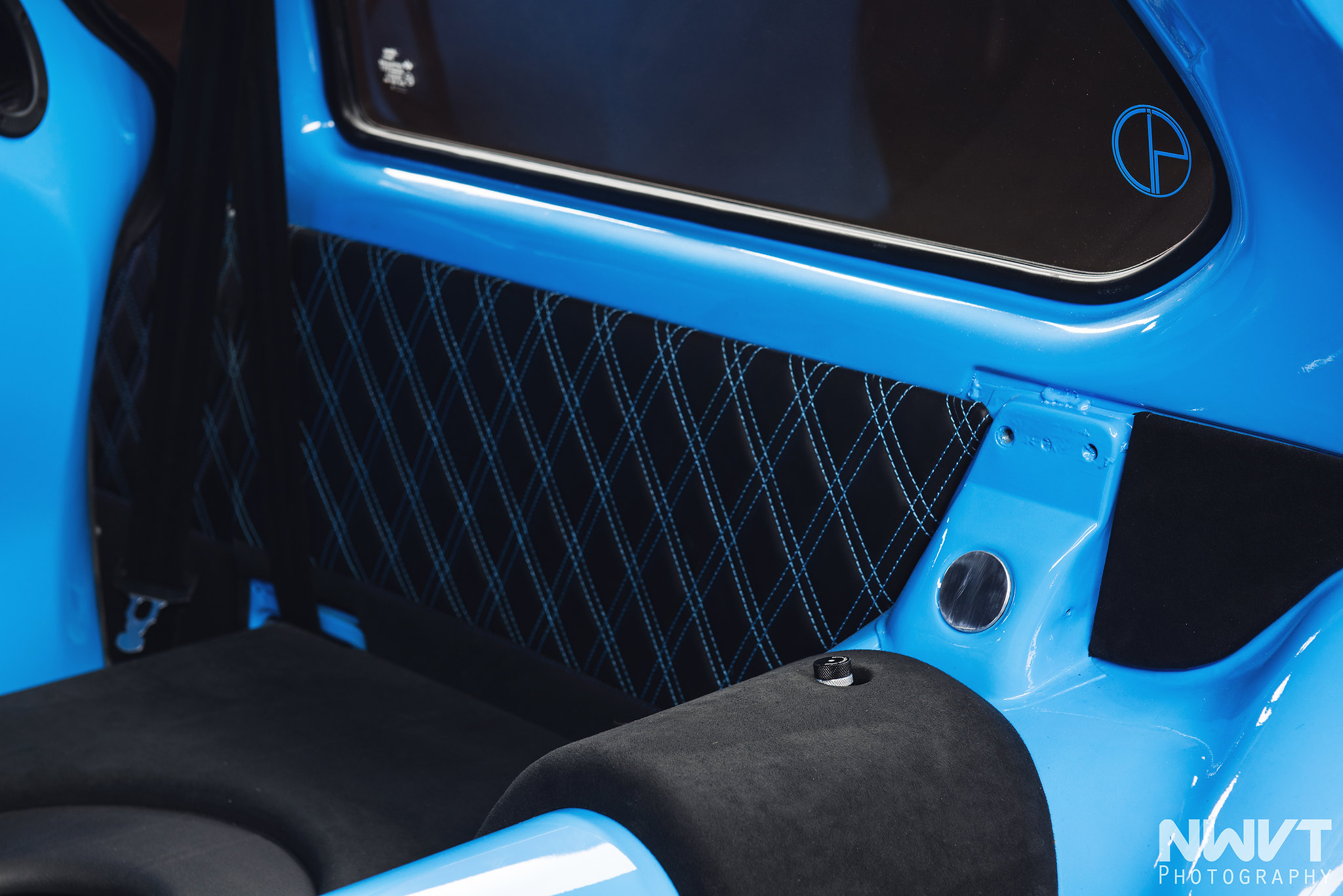 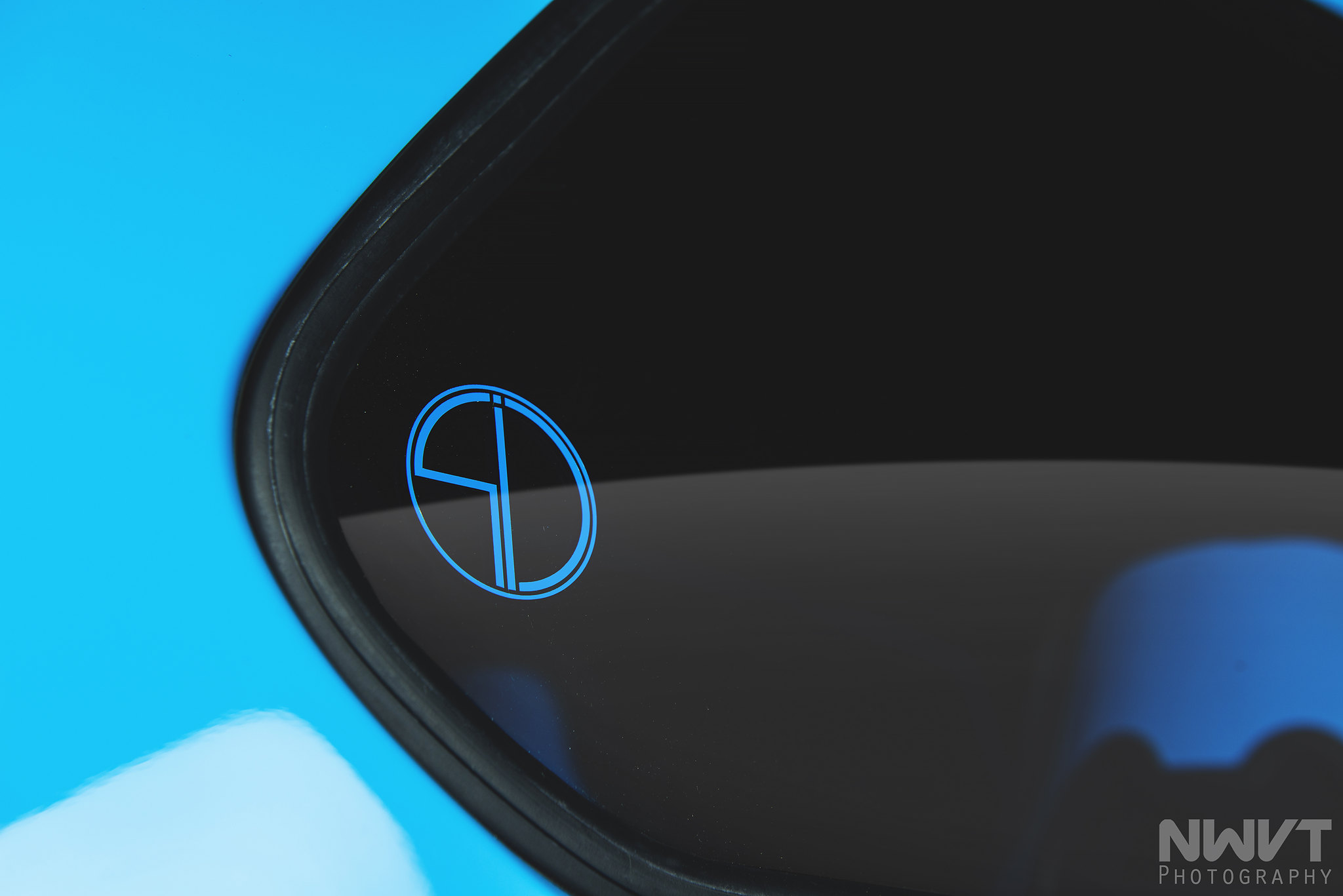 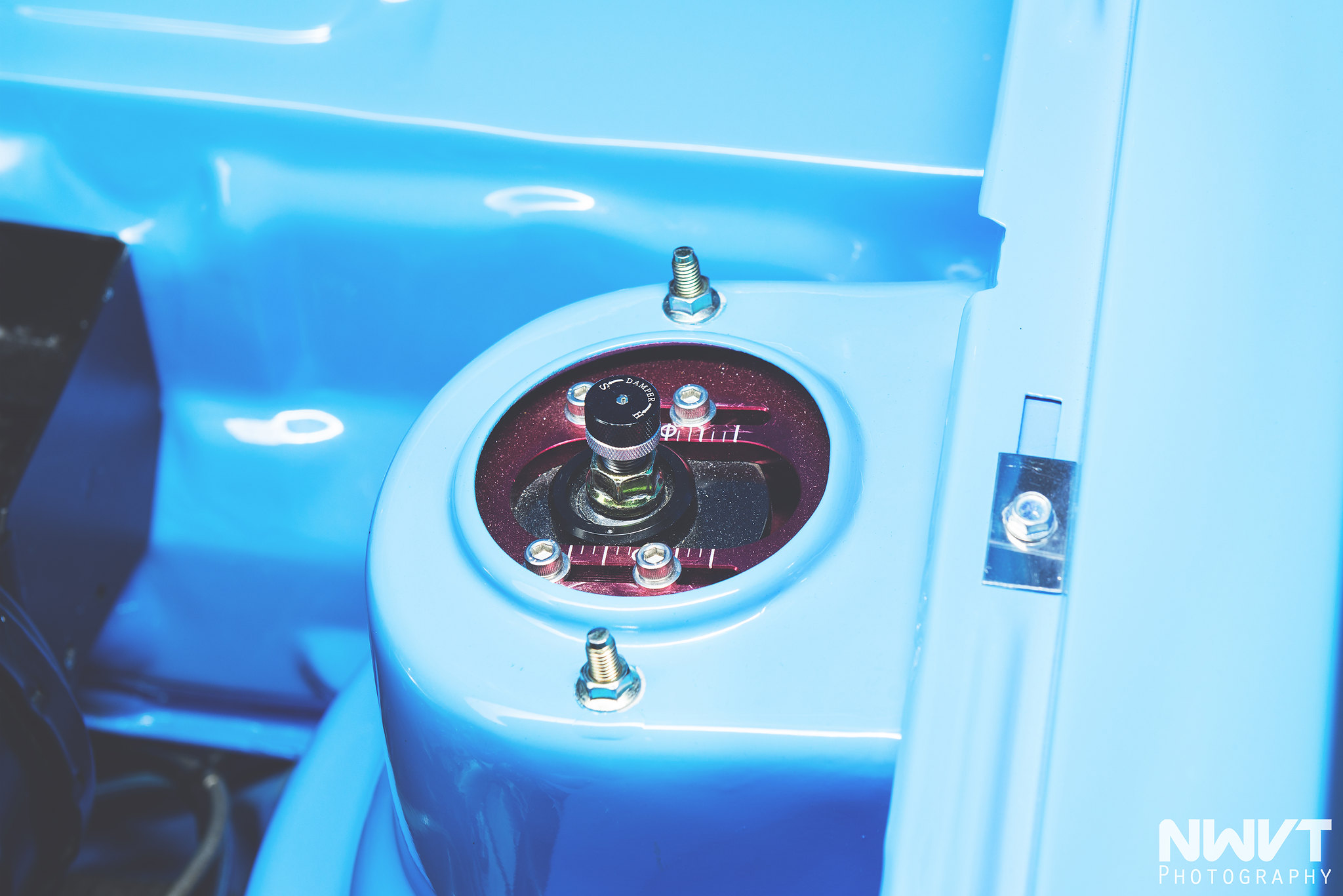 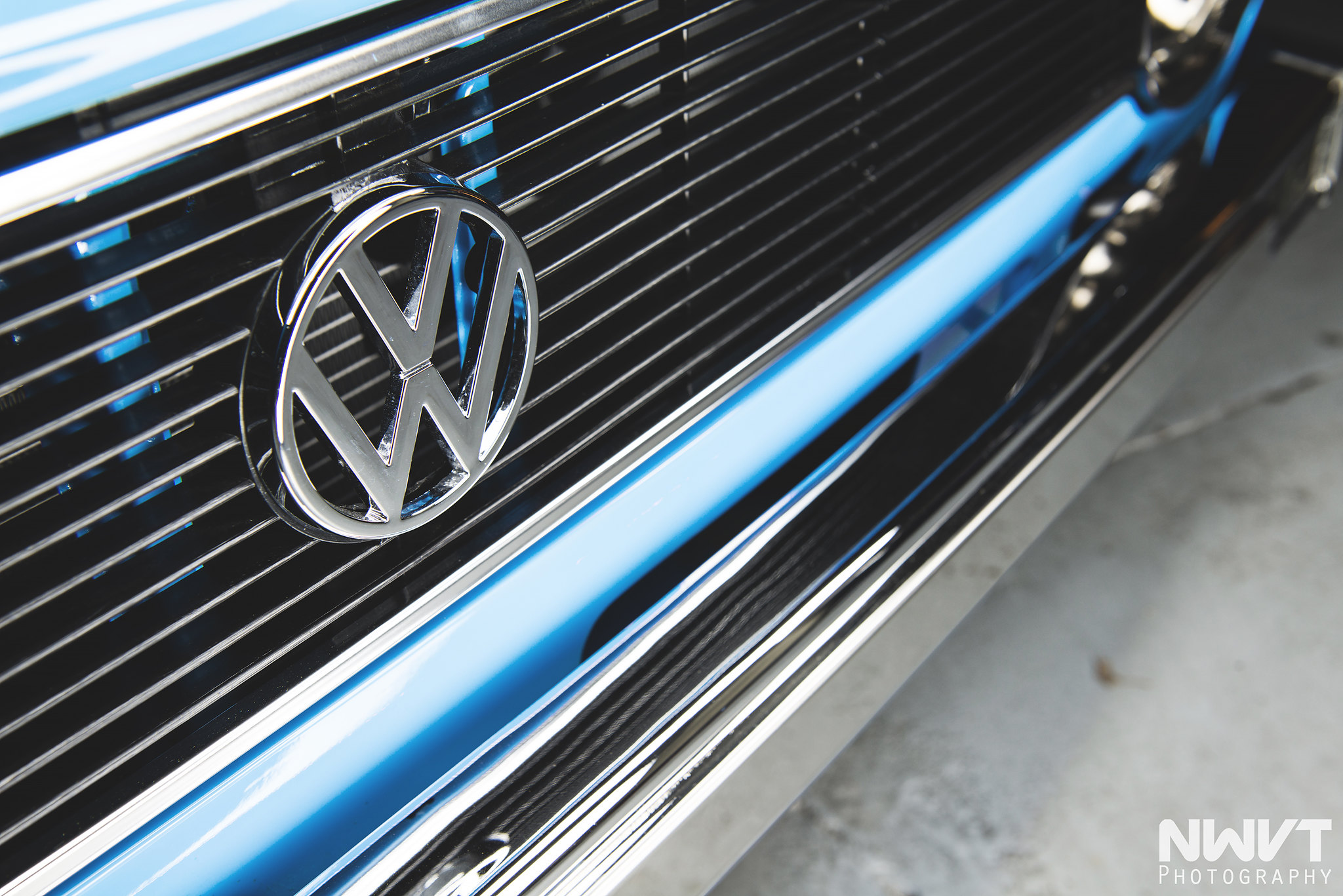 If you got this far, many thanks. As always all of the kit featured in our blog is available through our online shop at the top of this page.