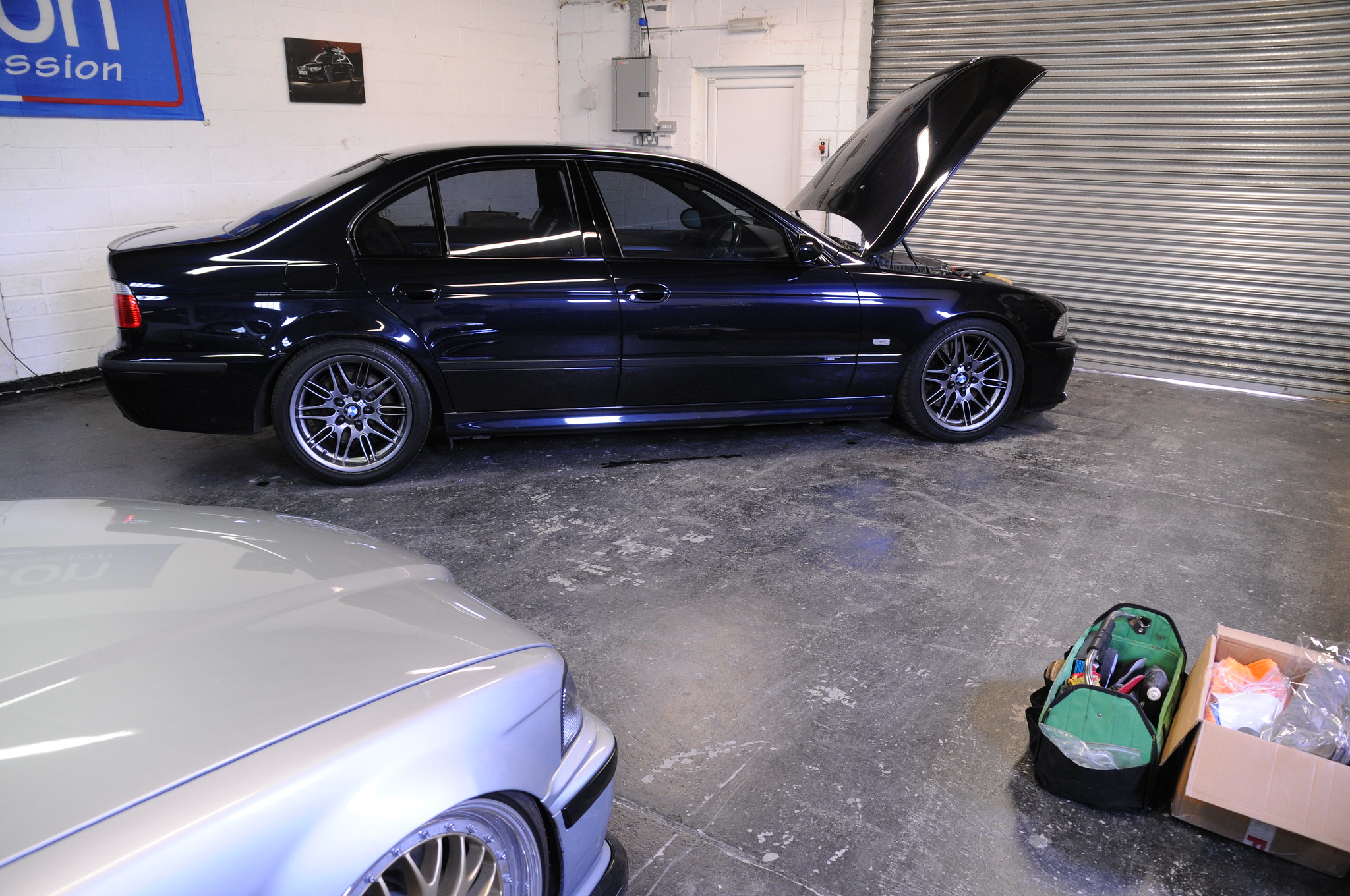 That was my brief to myself when building my own car, this BMW E39 M5. Not following any particular rules, any particular brand.. Just a concoction of good products that I could make work together in this car given its size, cabin restrictions and listening preferences.

It’s worth noting how important it is to spec your system around the car and its interior environment itself. Other than the quality of installation it’s the most important factor when committing to the products you’re going to use.. A simple 10″ subwoofer in a sealed box for instance would never work in this car, for my own preferences and given the size of the cabin/boot space a larger driver would need to be used.

My own listening preferences, I’m a huge fan of midbass. Real solid chest hitting, hard midbass. Brass, strings, drums , vocals.. Pretty much anything really but it has to sound real, if not with a sense of excitement and power with slightly stronger bass than reference level.

Briefly, I bought this car after seeing it in a petrol station, it turned out a friend owned the car and was willing to sell it. One week later I had it, a full detail, little wheel refurb some KW’s and a few bushes later it was ready for the start of the system. 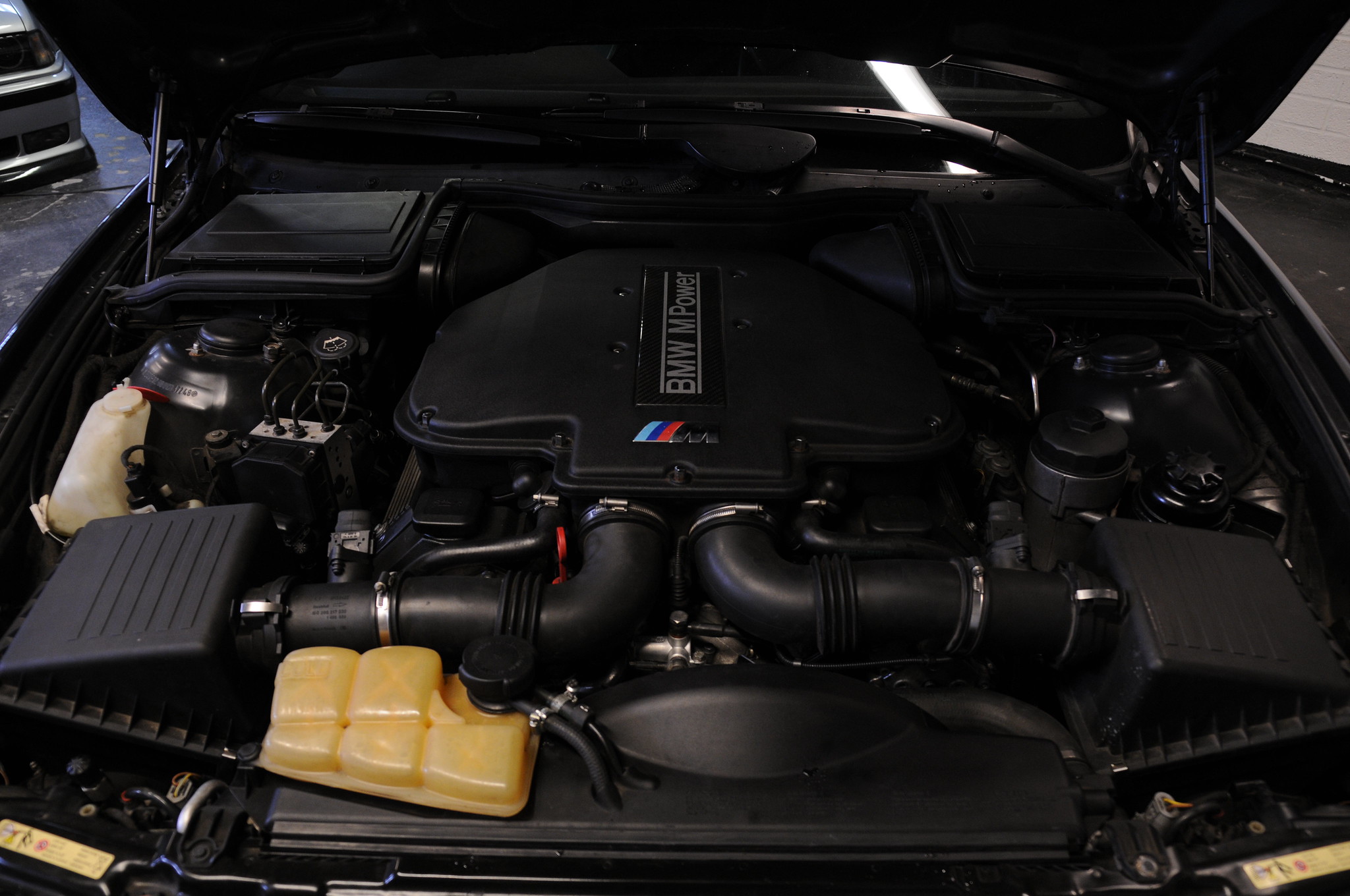 As mentioned earlier the system I choose for this car was based around the car and it’s parameters plus my preferences. The amplifiers at the heart of the system are all original Genesis series three’s, two Dual mono extremes and a series three four channel. I already had these amps bought from a customer of ours who had them installed here. A change of circumstance meant he had to return the car to stock and sell off some of his equipment. They were very recently serviced and had been treated very well, having known the history of these amps I was happy to buy them and stash them away. 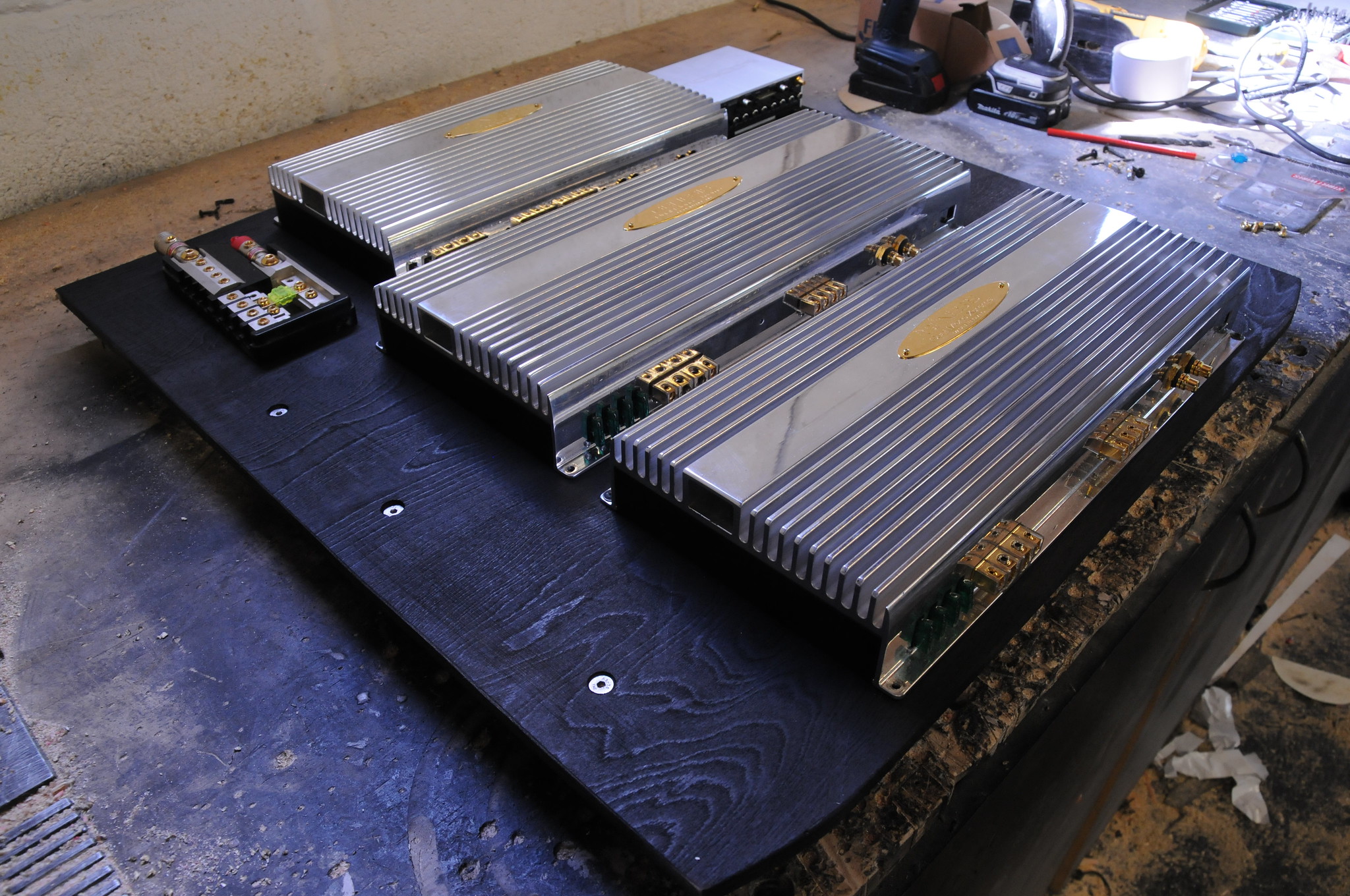 Audison connection cabling was used throughout and Streetwires excellent but rather expensive 4 way power and earth distribution block. The amp rack was built on the bench and pre wired so it could simply be plugged into the car. 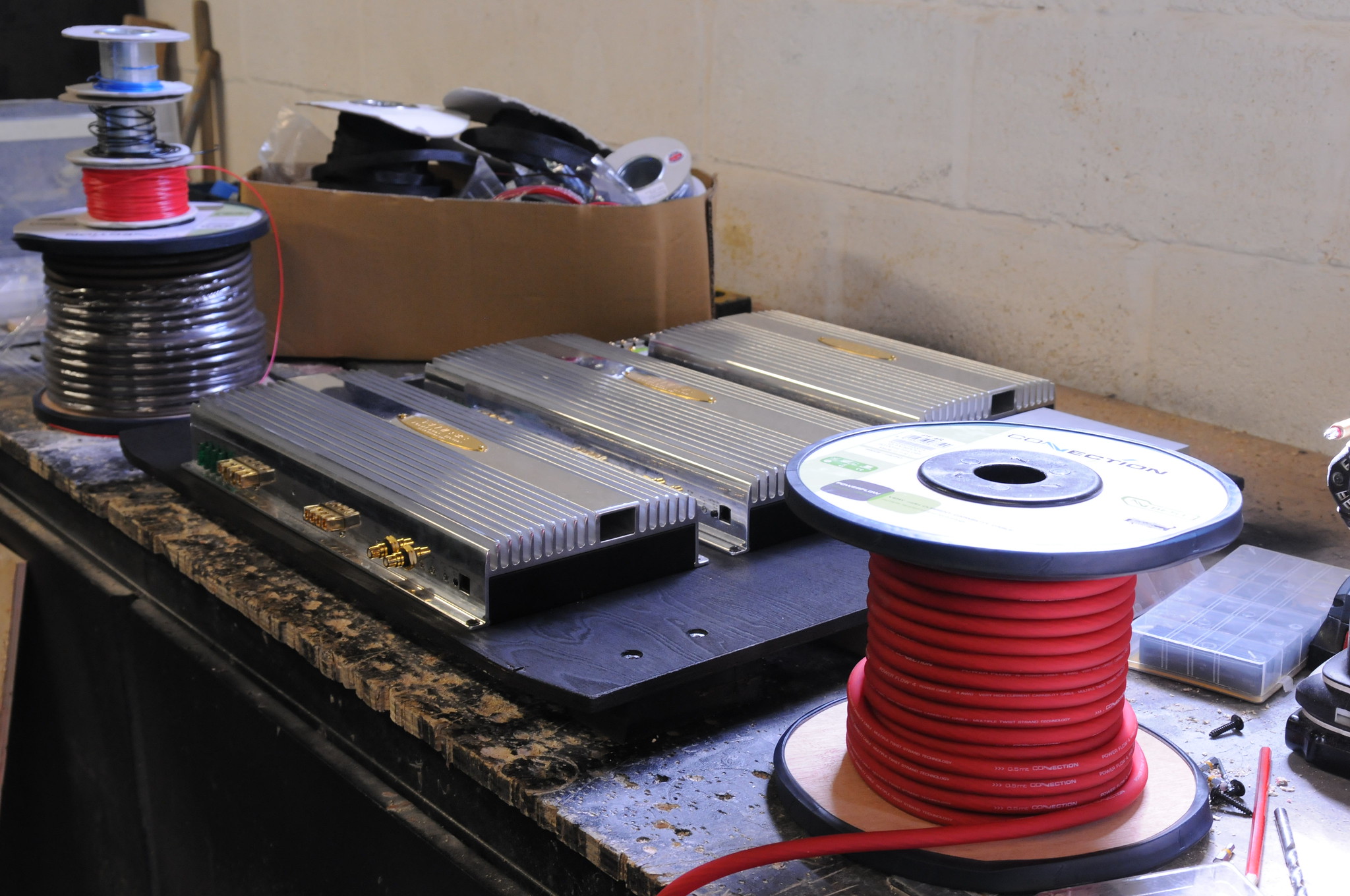 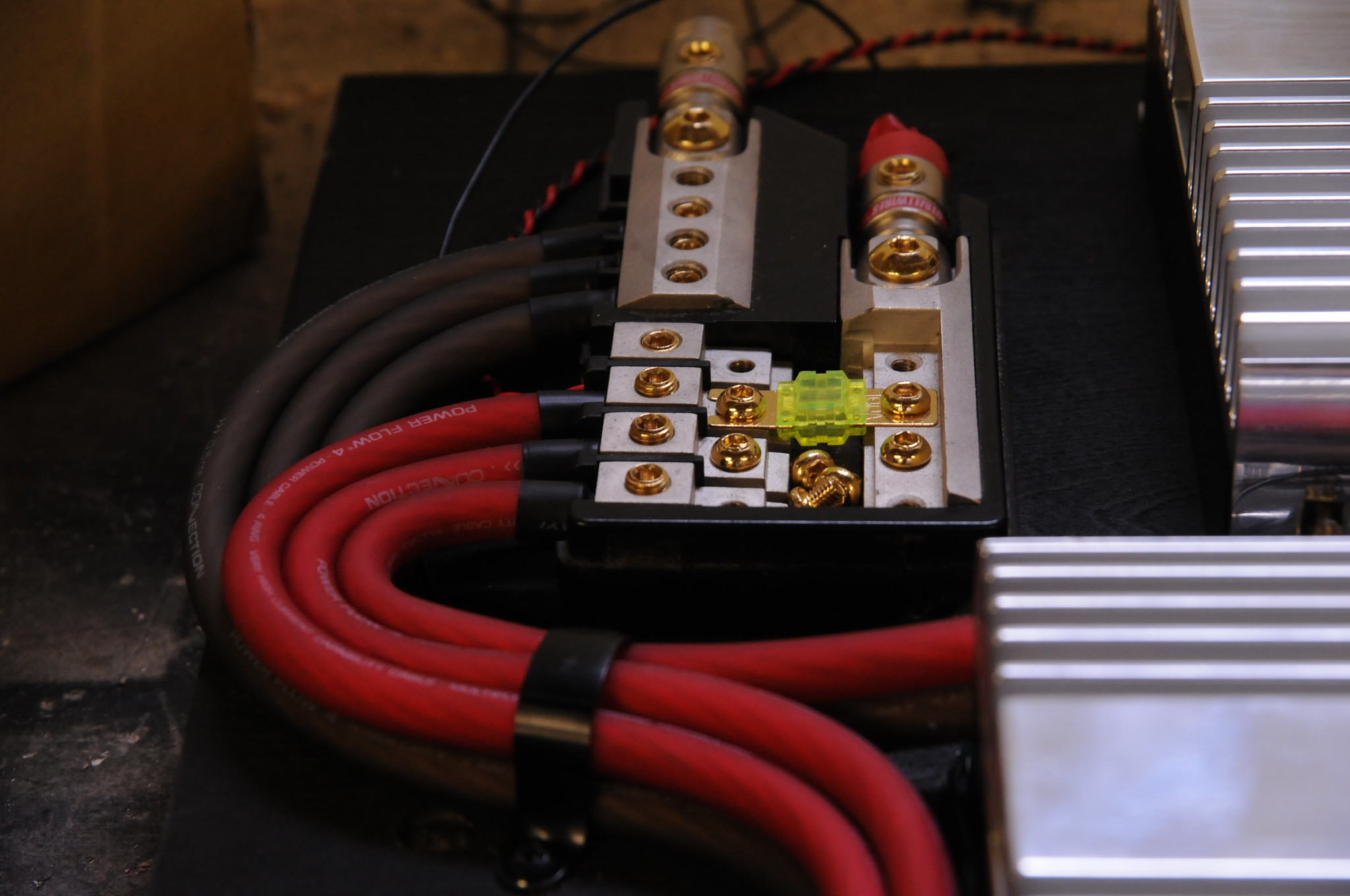 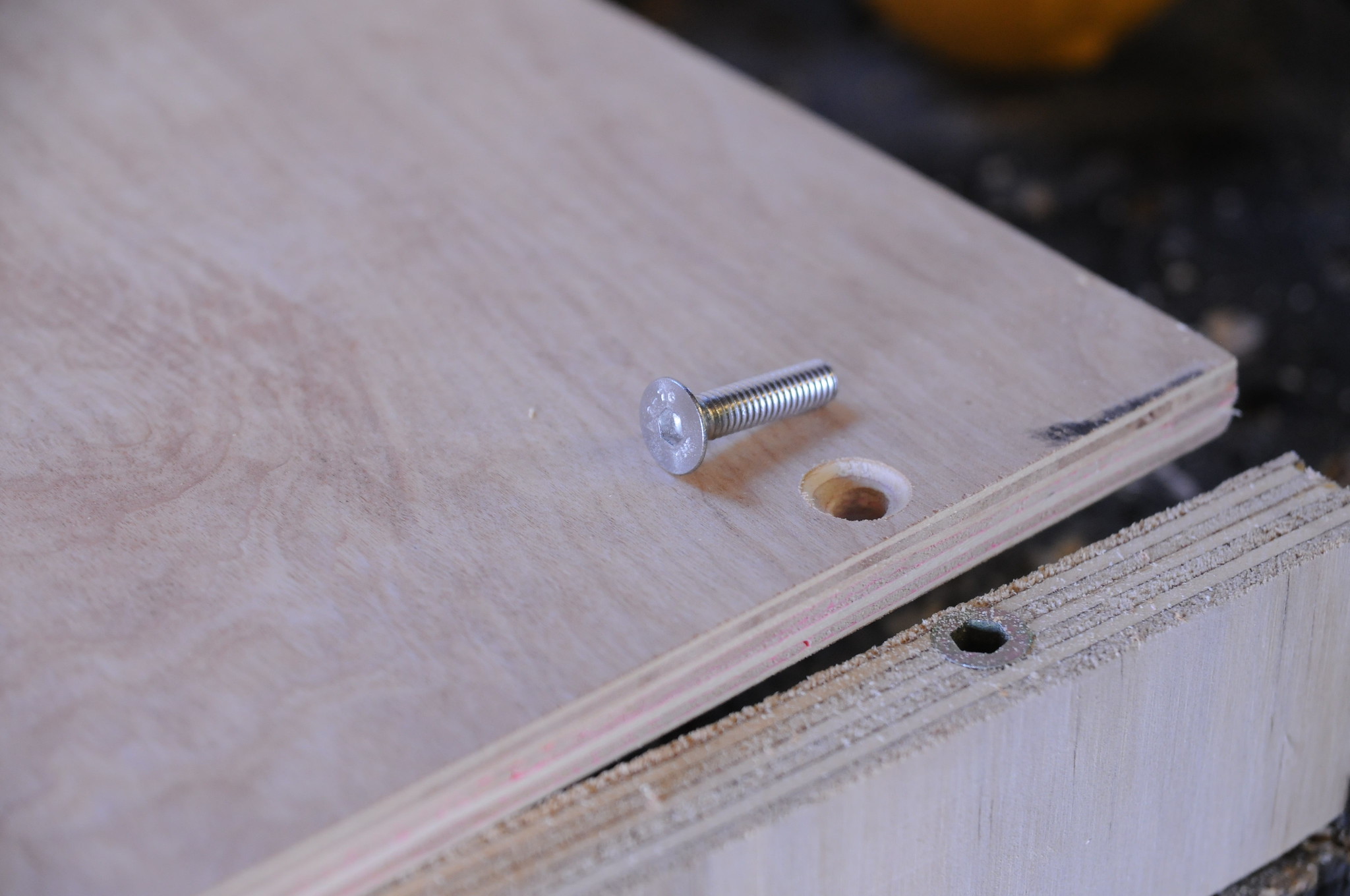 The machine fittings you can see in the amp rack are there so that it can be fixed down in the car and removed with ease and without stressing any of the mount points. The amp rack was designed to be as shallow back to front as it could be to free up space at the back of the boot for the subwoofer and its infinite baffle mount. 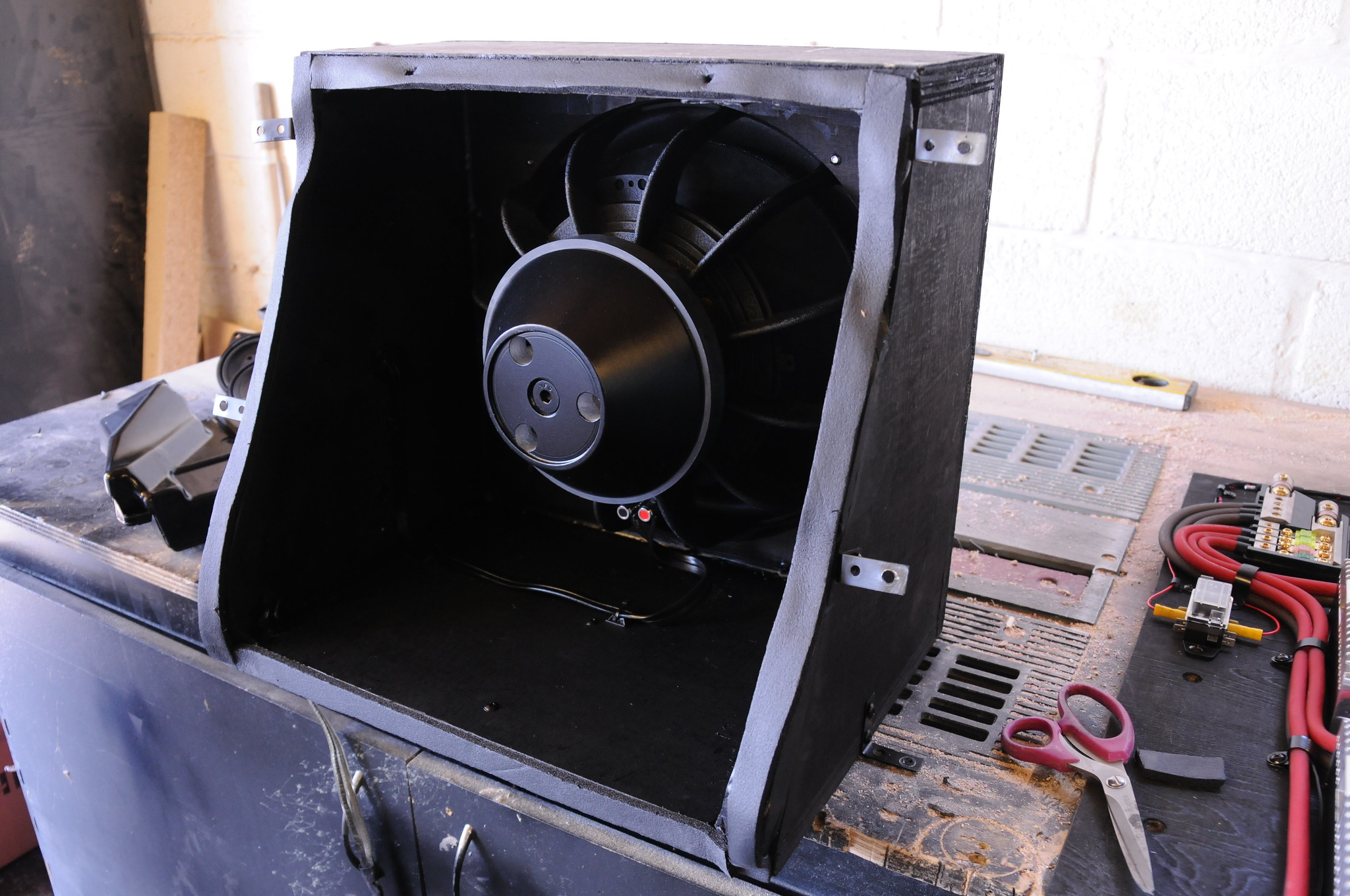 The subwoofer in question is a FI Q 15 designed to work IB. The style of “enclosure” is meant to work with the subwoofer mounted to an open baffle and separating the front and rear waves. The result is real clean bass down to silly low frequencies and fast, very fast. True subsonic’s. In this car a five sided enclosure was made with an open back, sealed with a fibreglass edge and then a thermo/acoustic liner as a gasket to the bulkhead I had already removed a section of metal from to allow it to play through to the cabin. 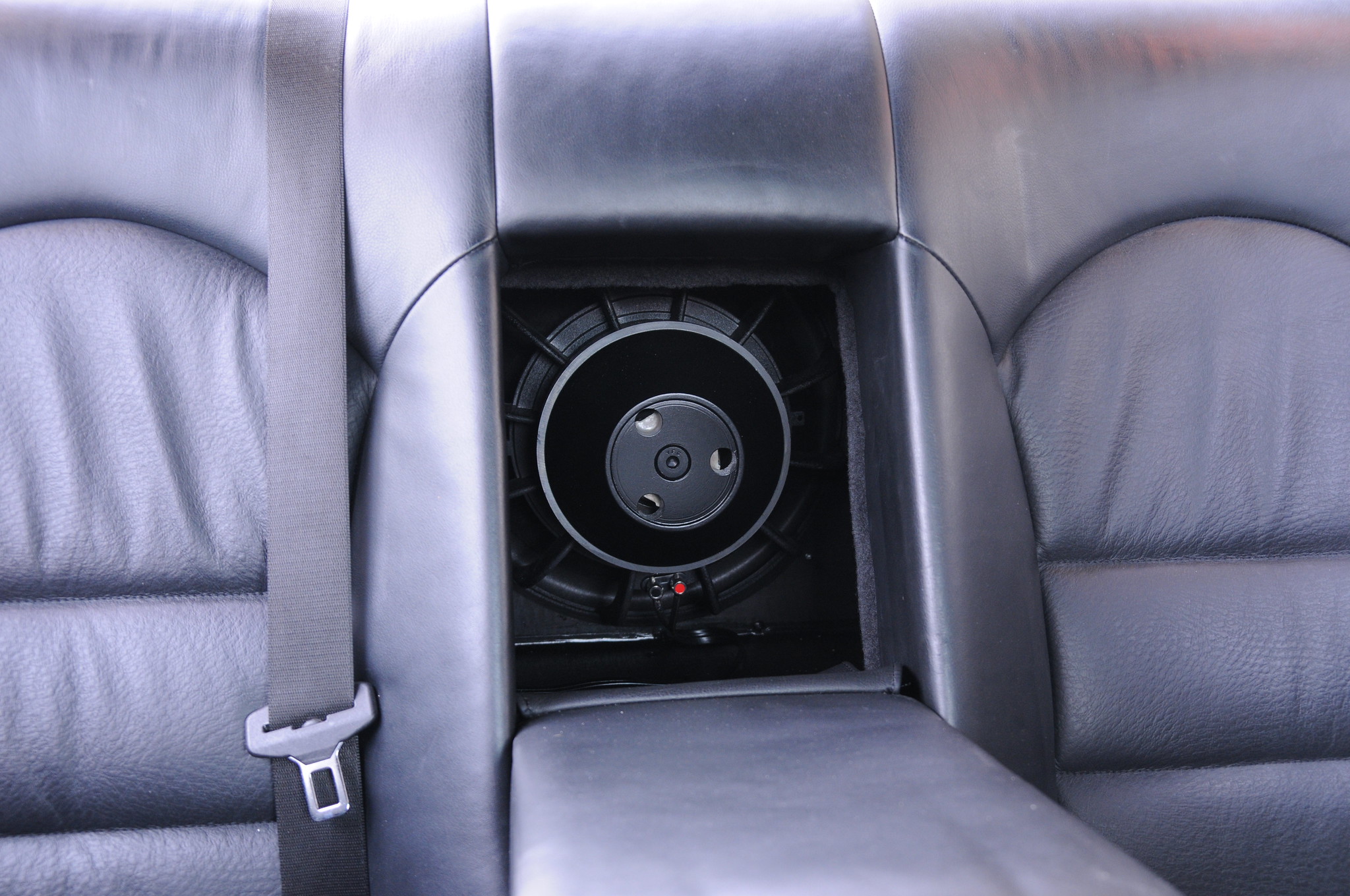 With this mounted in with 4 bolts, it was time to fit the amp rack and start the paneling work to dress in the install to the boot. Now, whilst I can lay my hand to some wild stuff in terms of installation my own preference tends to tread a more subtle line, straight lines, rebates and carpet with an alcantara edge.. We’ll come to that.. 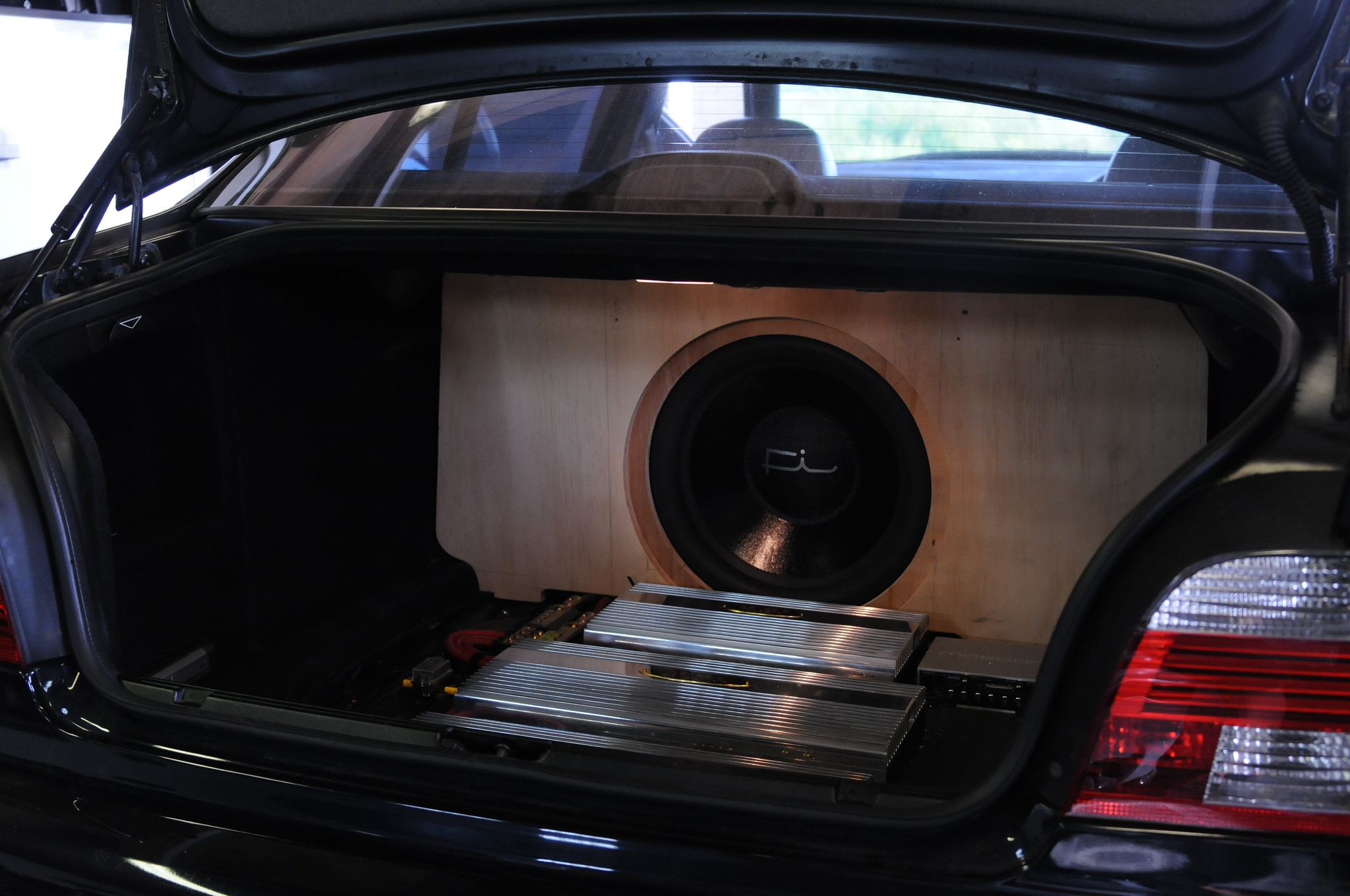 Anyone who’s anyone that knows about car audio knows just how difficult it is to put decent front speakers into an e39 BMW. This being an M5 cutting the kick panels out was no option.. Onto the doors. From factory these car’s have a 4″ driver in an enclosure, pretty useless at anything in terms of sound reproduction. My choice was to make a door build, removing a section of the factory door card to allow access to a solid panel mount with a slight bit of toe in. All made from birch ply and fibreglass to seal to the door and then sound deadened on top of this for further damping. 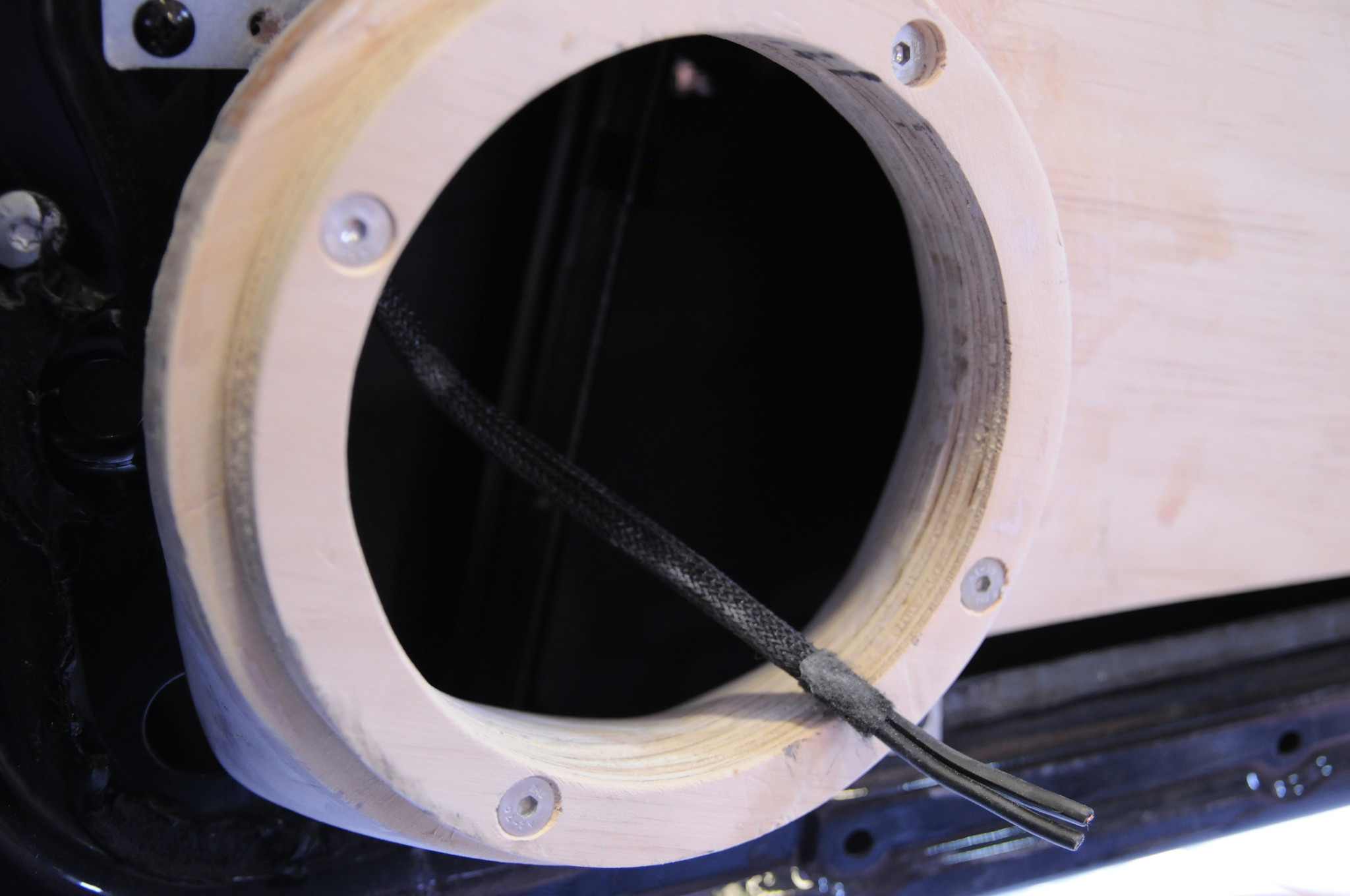 The rear of each speaker baffle including that of the higher frequency drivers have chamfered back edges to aid airflow. 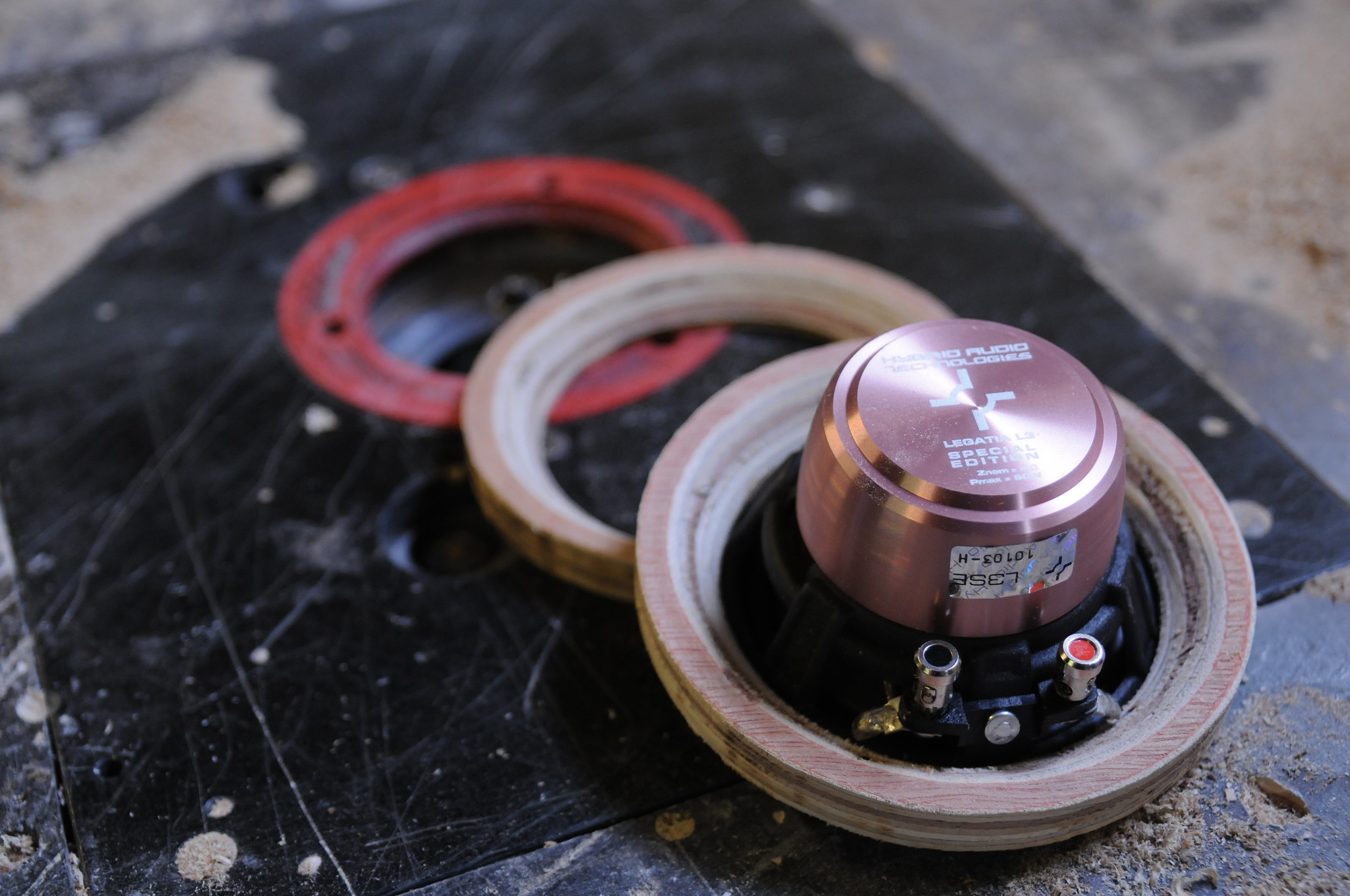 The speakers used in the door are Hybrid Audio – Clarus midbass units. These sound special. In fact at their respective price point they’re among the best I’ve heard. Real animals in the lower midbass sections and can get loud without any challenge. 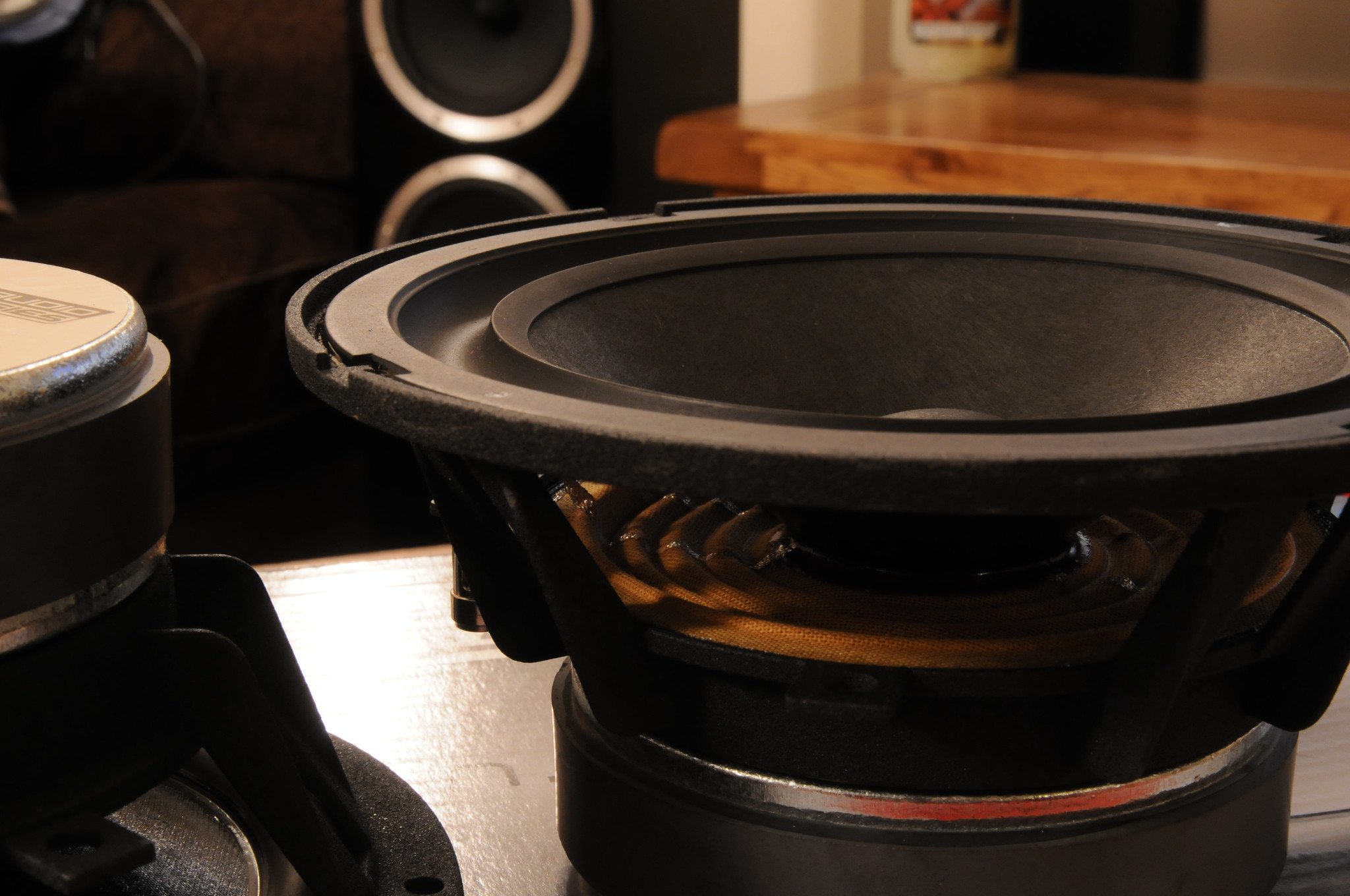 The high frequency stuff, for tweeters I was using Hybrid Audio L1 pro r2 ring radiator tweeters and the legendary Hybrid Audio L3 SE wideband midrange. These speakers are common place amongst those multiple trophy hoarding sound quality competitors. I didn’t have them for this reason. I had them because I’ve used them a lot and I know just how uncoloured they sound. No character, what you put in is what you get out so you best make sure its good and I love that about them, their complete honesty. 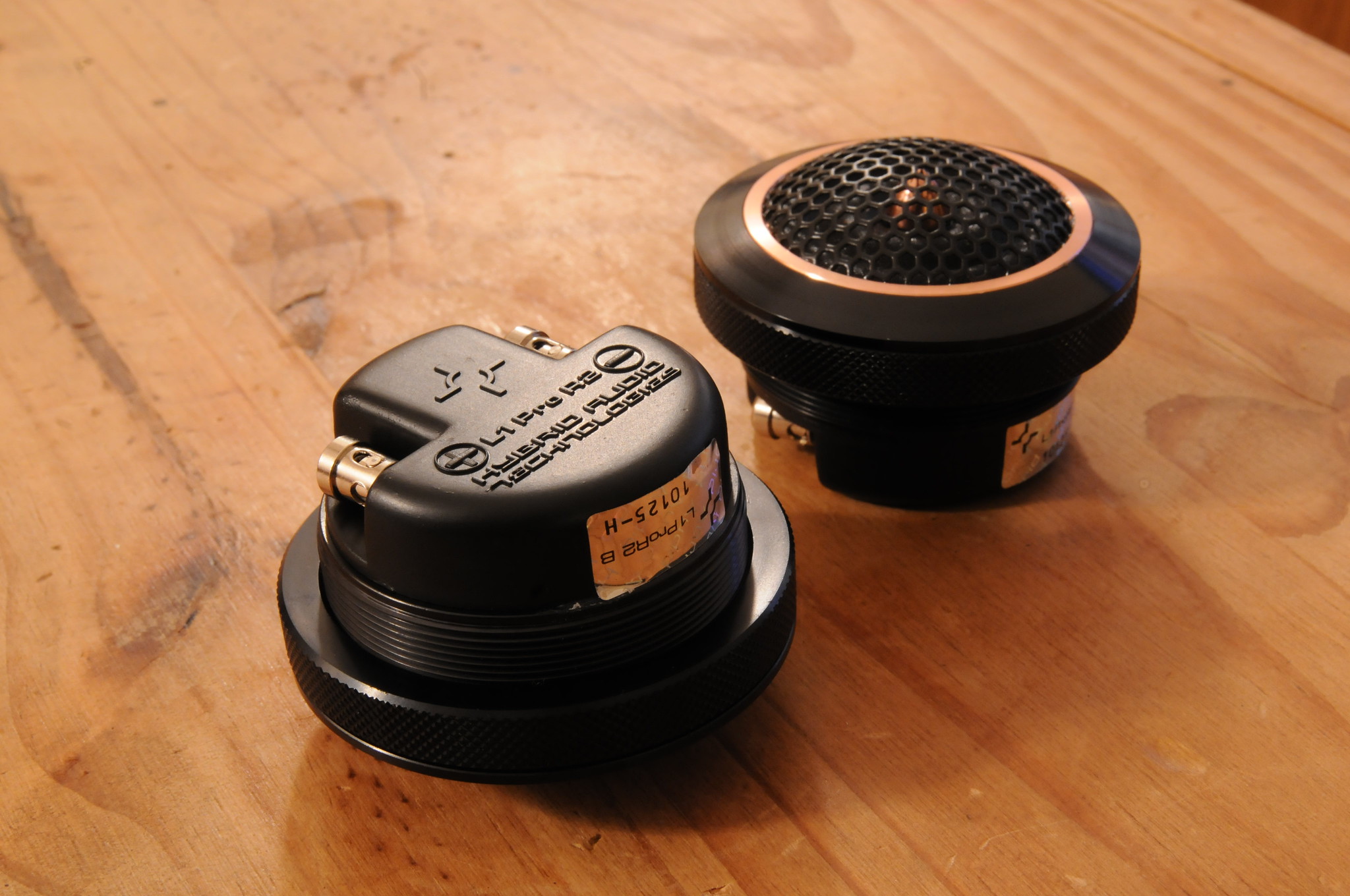 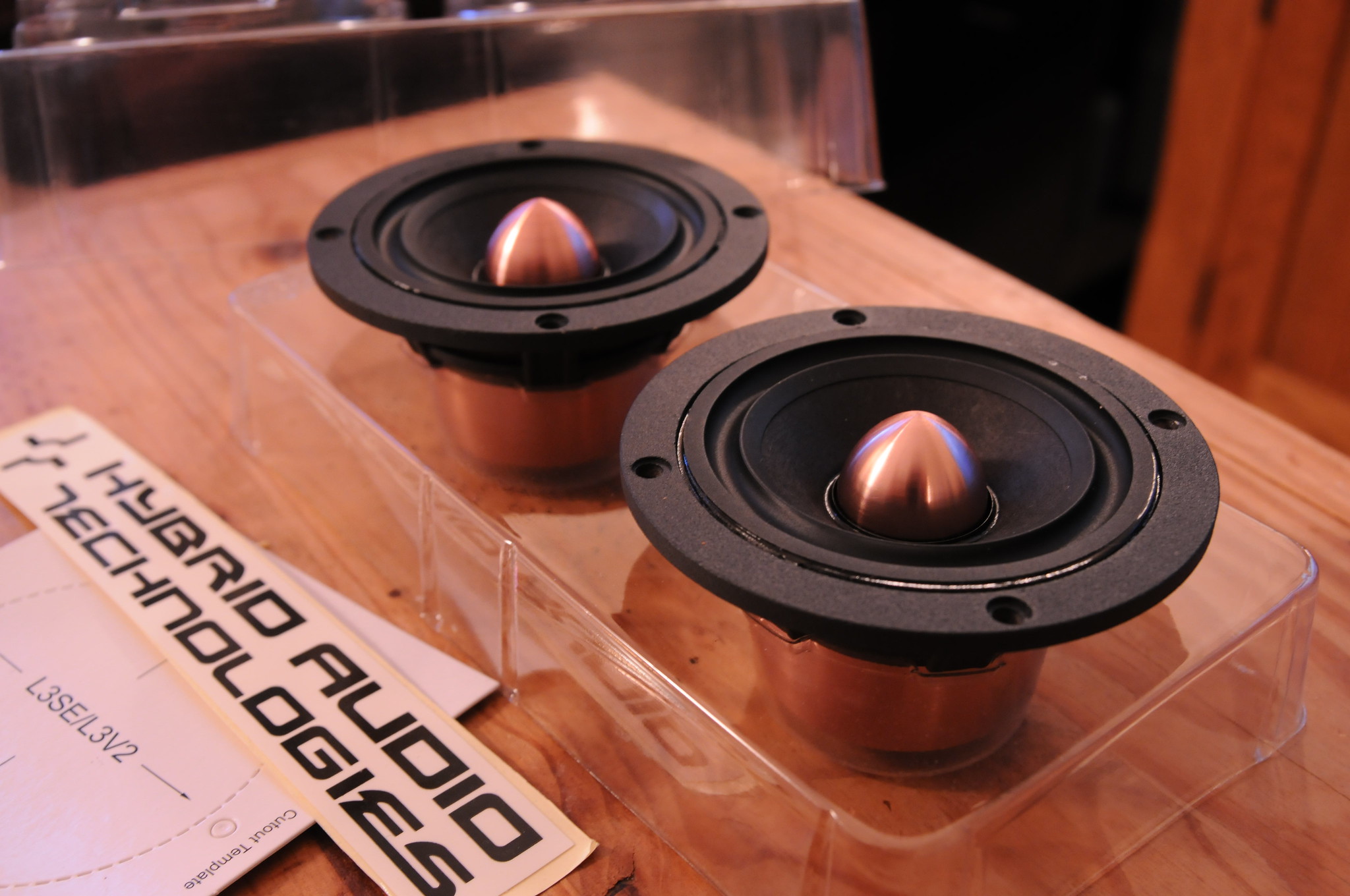 So yes, on to installing these..

Custom mirror back builds were made for the midrange’s and matching tweeter builds on the A pillars. You can’t see to well from the pictures but these builds are on exactly the same plain and angle measured at the phase plug tip of each driver so in terms of timing theoretically they should already be exactly the same. Very important. 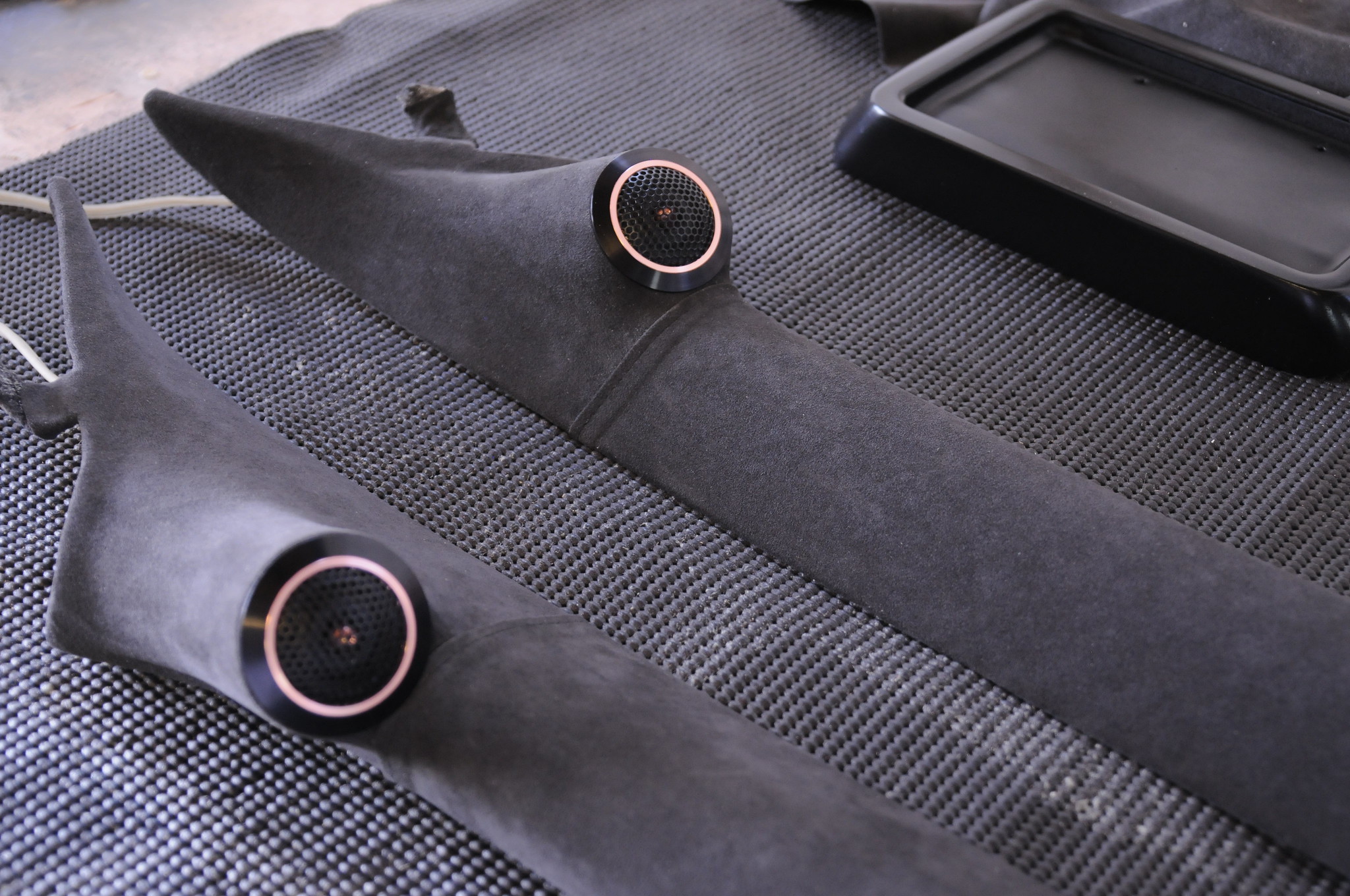 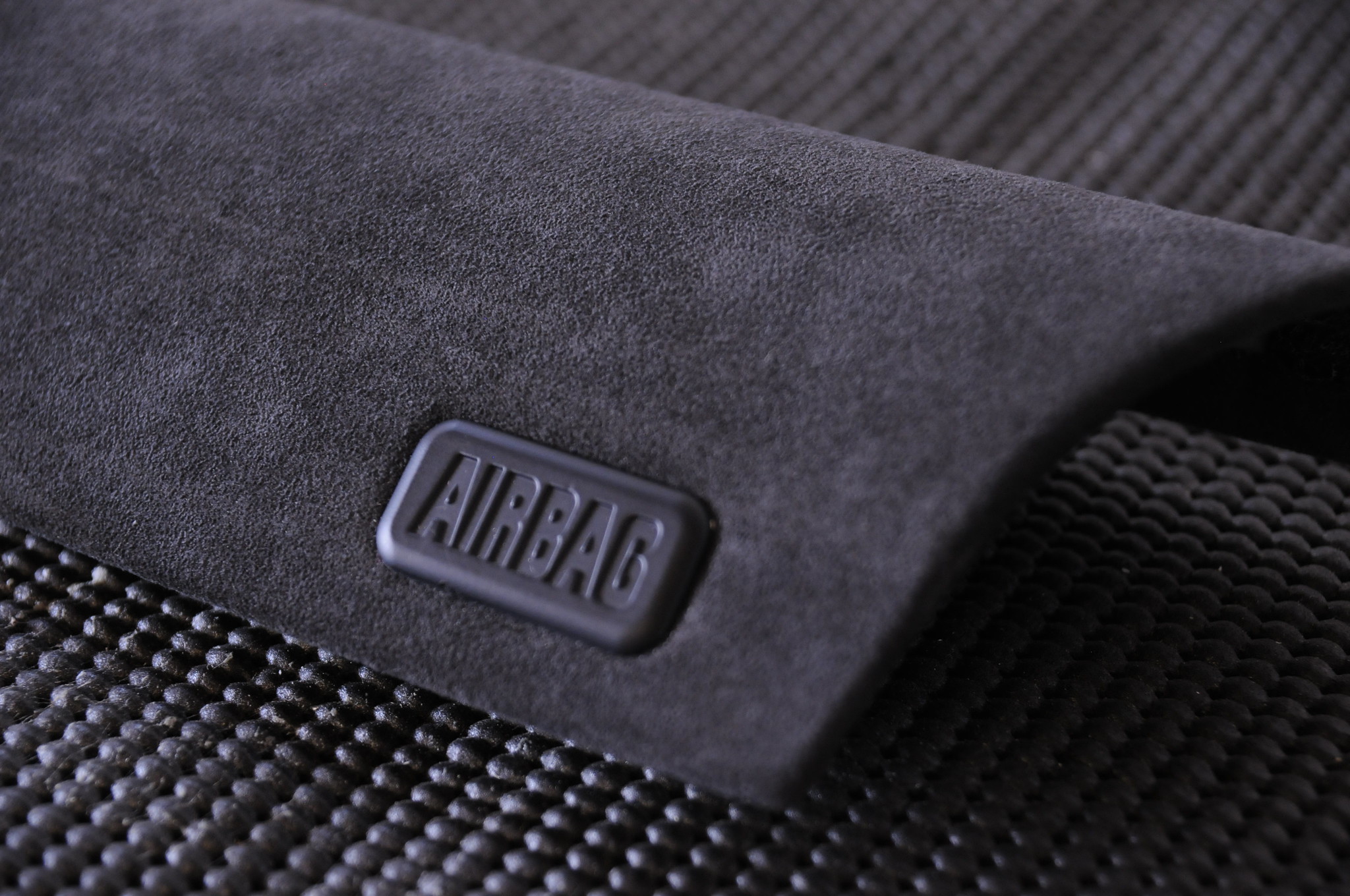 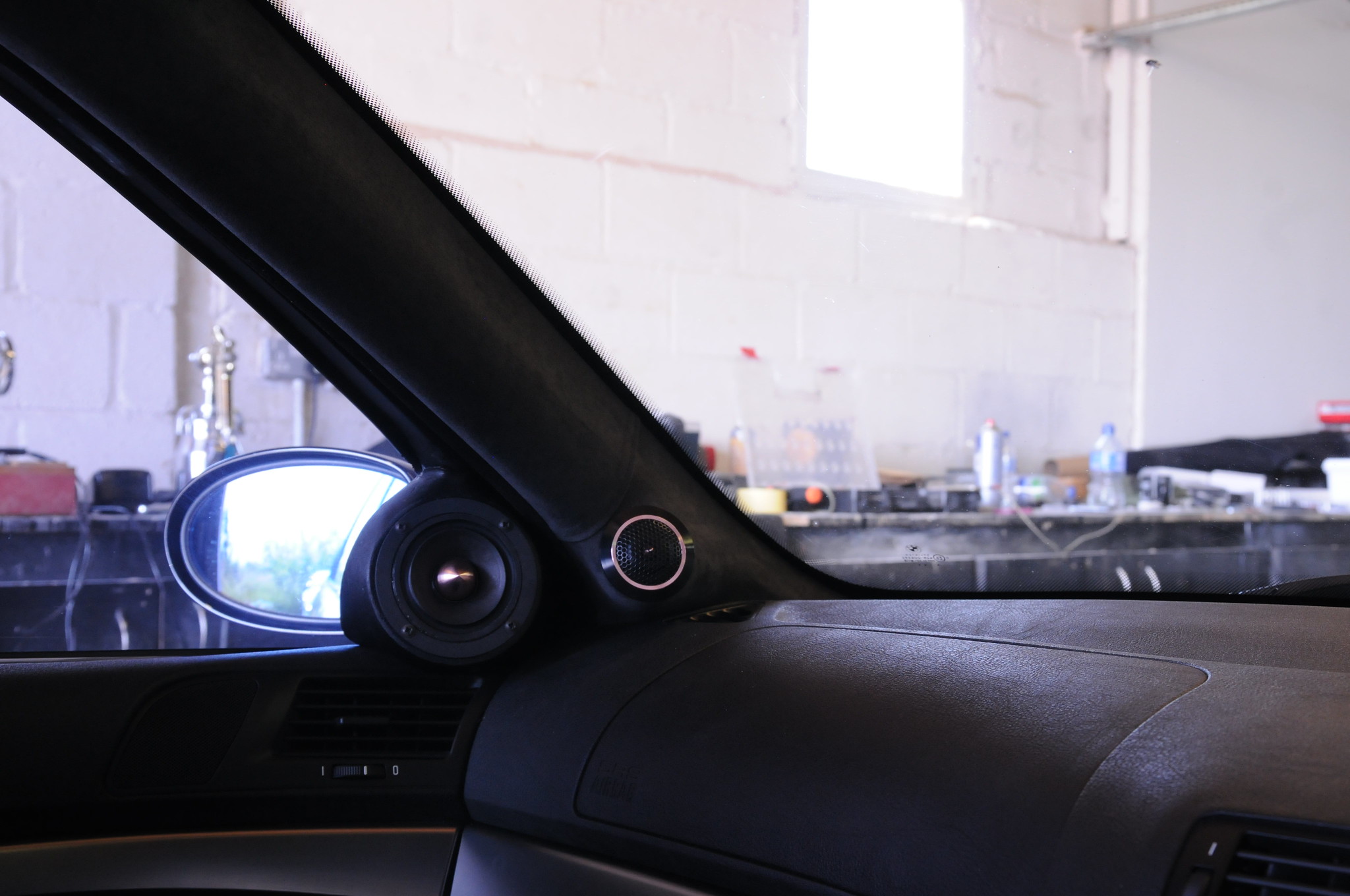 For all of this kit you need a decent source, my source of choice being an early iPad mini. They sound far better than newer age apple tech especially when fed digitally to Mosconi’s bad ass 6to8 processor, fully spec’d with its streaming board, multiple digital inputs and larger remote control. This processor being used in this manner into amps using decent RCA connections sounds fantastic, a very “fun” sounding bit of kit with bags of pace. Exactly what I was after.

Here’s a few shot’s of me building it up at home. When you buy it it doesn’t turn up like this but as you add to the spec list you have to add these modules or I can do it for you. 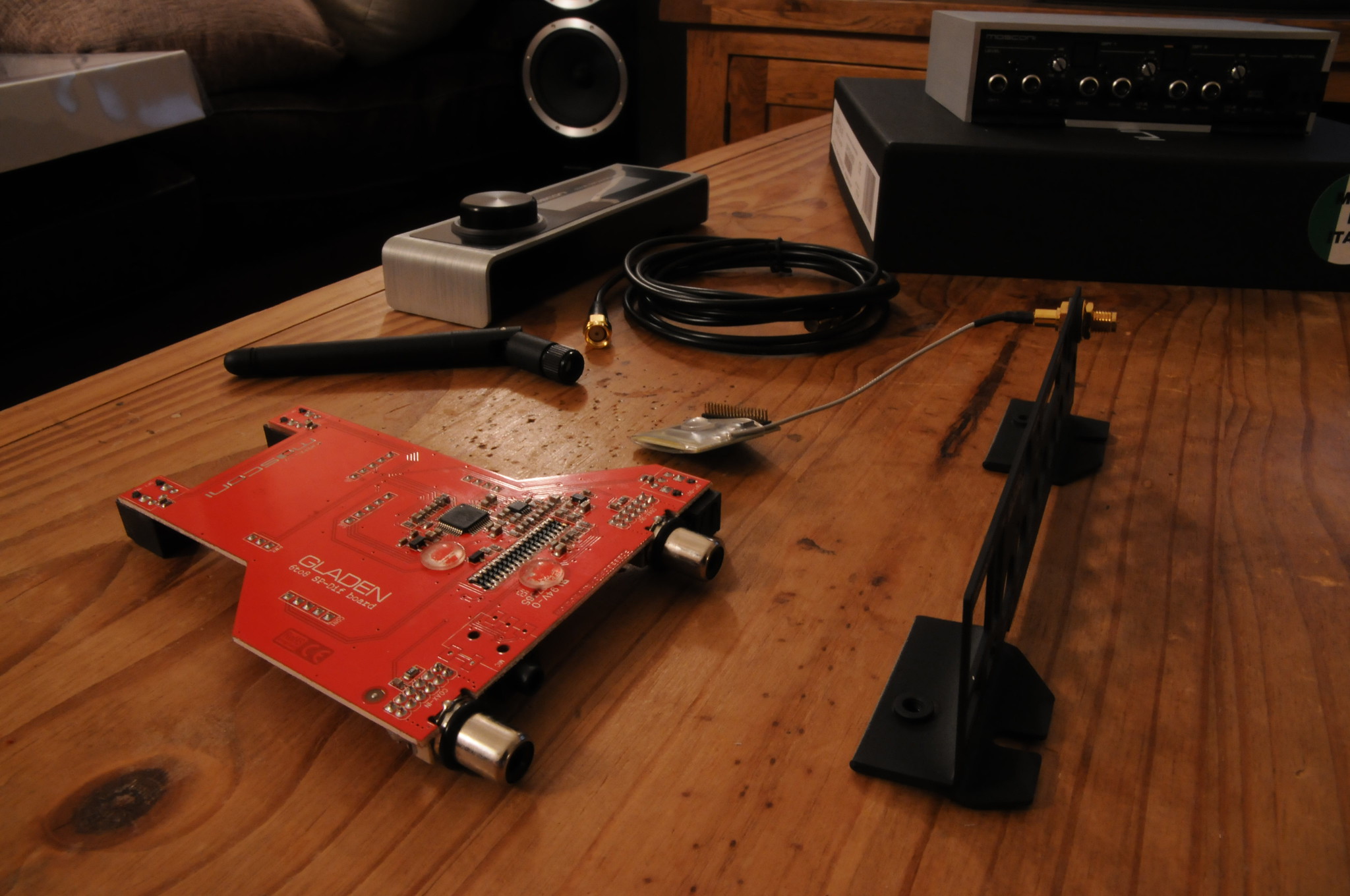 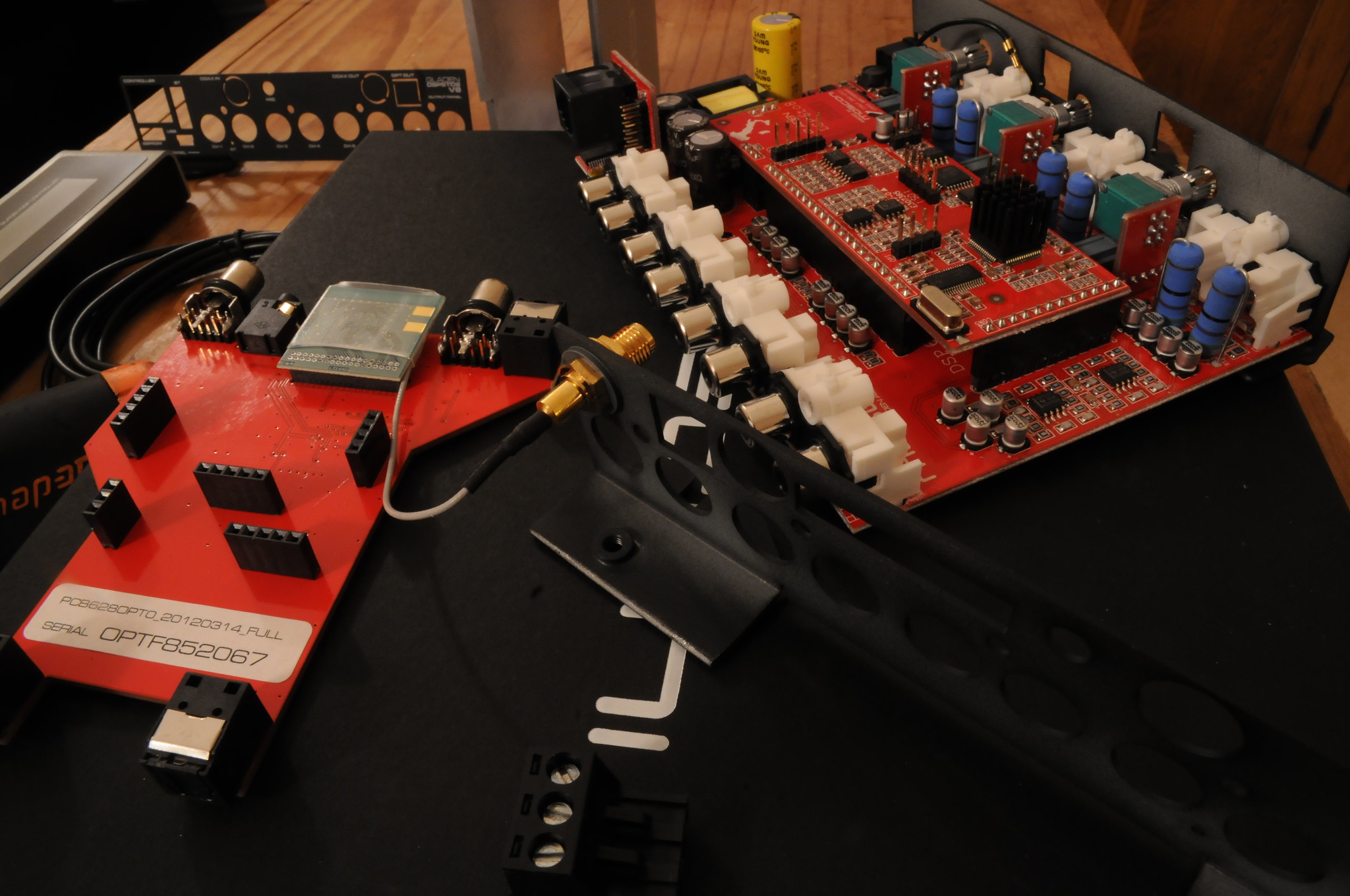 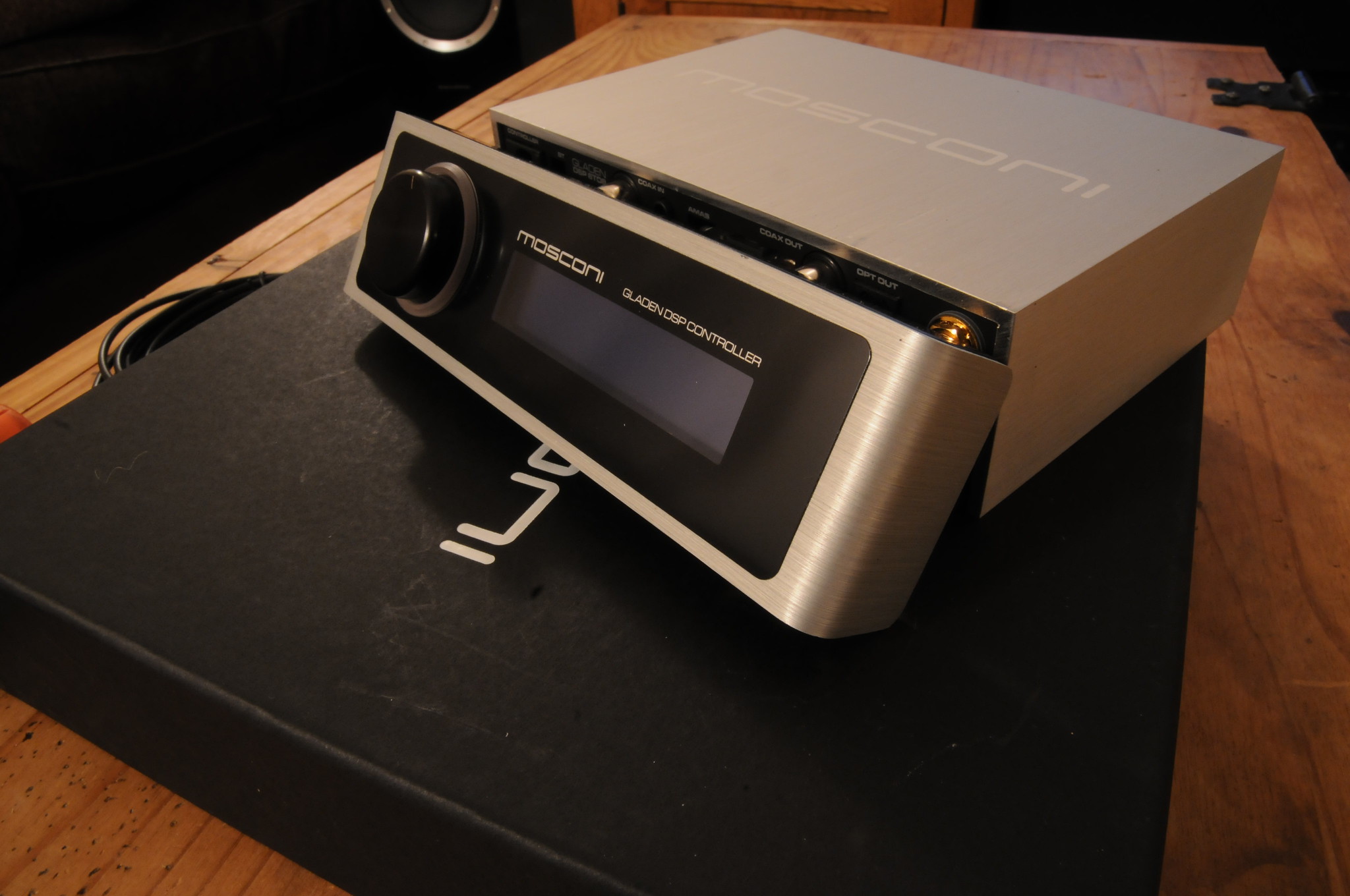 With this built up and fitted I can feed it a digital signal from my iPad either wired or via bluetooth and send upto 8 channels out all with indipendant eq/time alignment/level/phase. Basically an infinite level of tune-ability.

With this installed the system is finished, an iPad mount was made (unfortunately I haven’t got pictures of this) and onwards with tuning and listening to music!

It didn’t disappoint, this car sounds fantatic. Fast, accurate, full bodied yet as delicate as you could want. The type of system that makes you smile.

Heres some finished shots, unfortunately unless you come over for a listen sometime you’ll just have to imagine how it sounds. 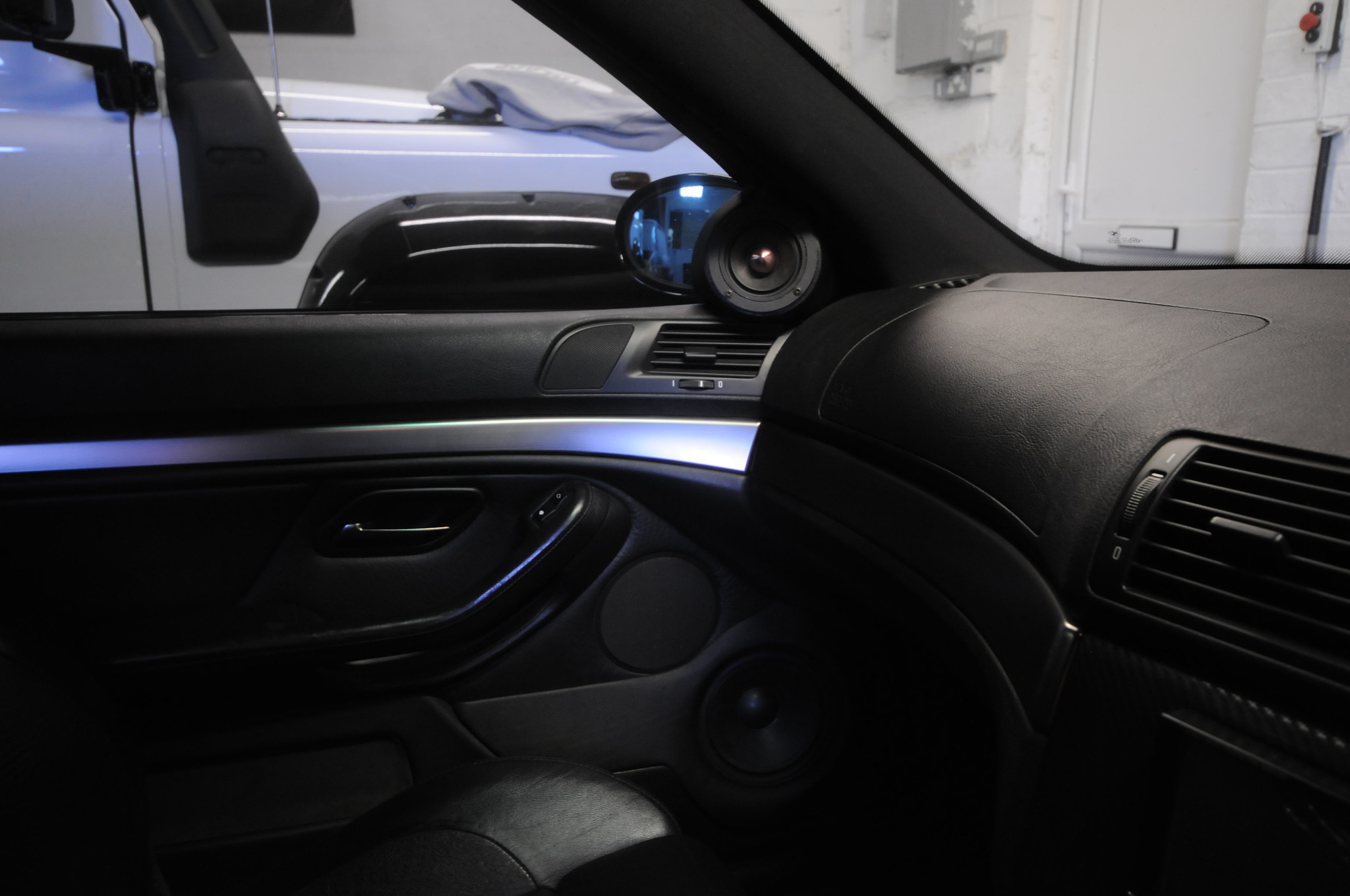 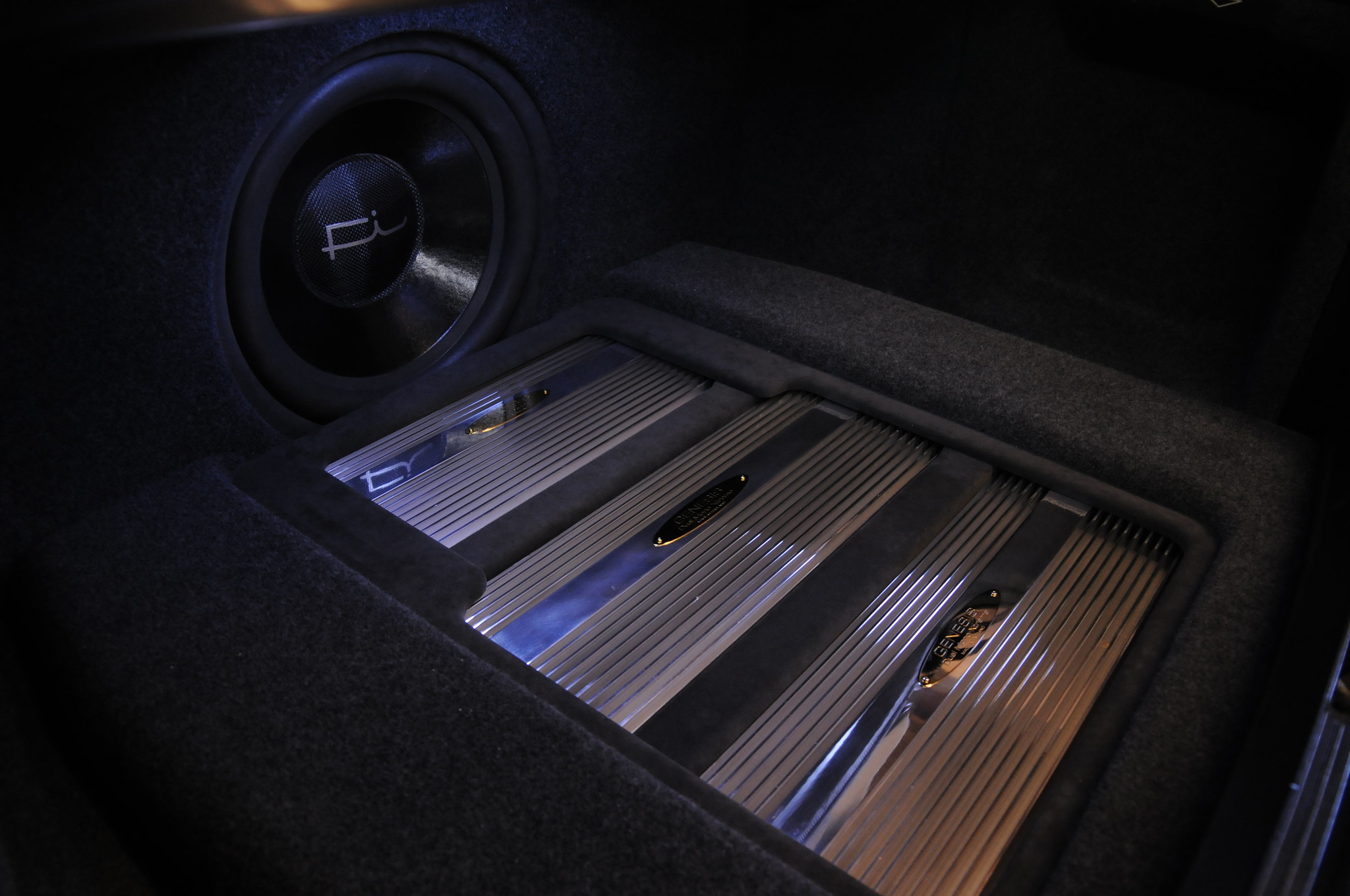 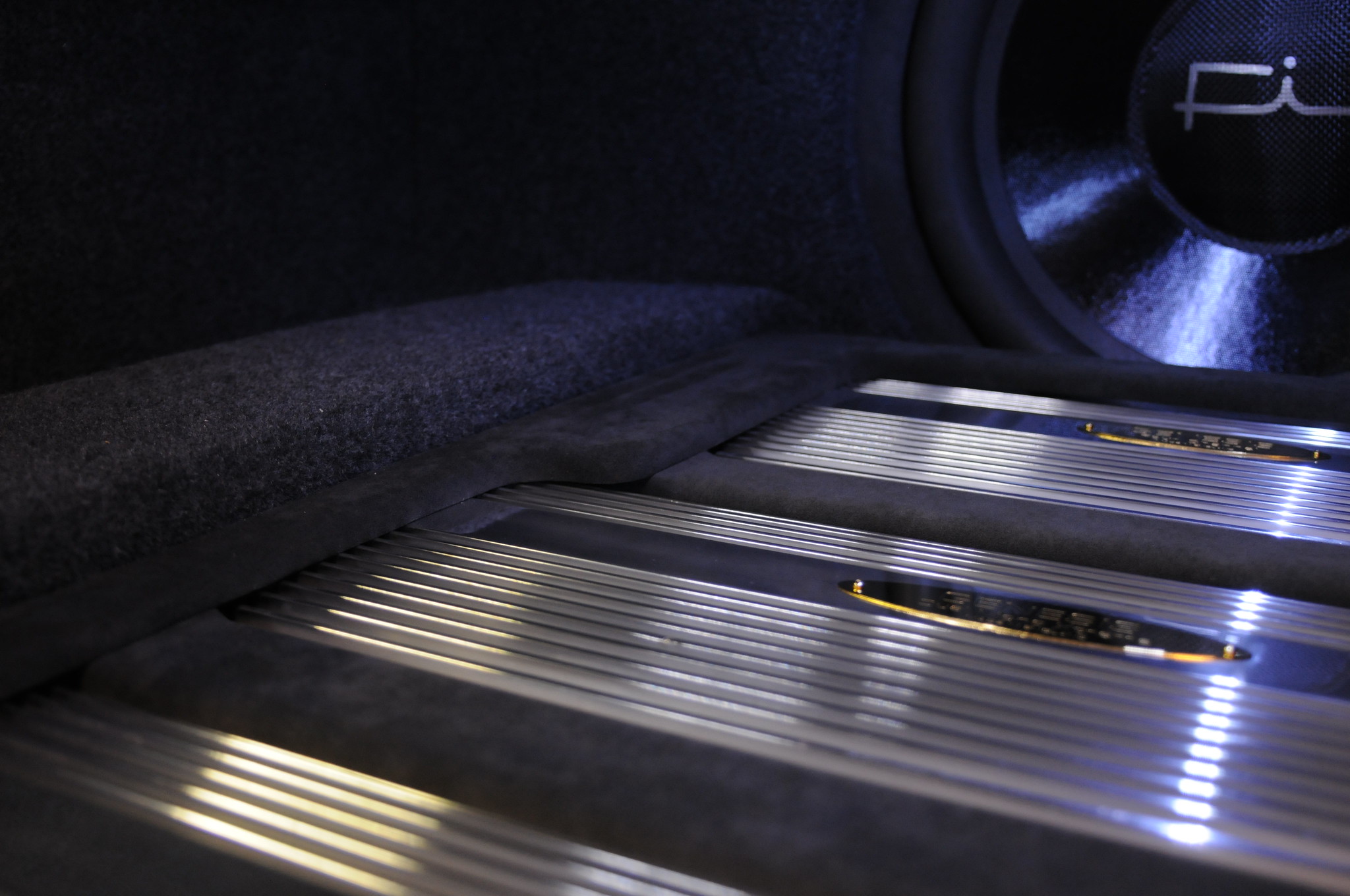 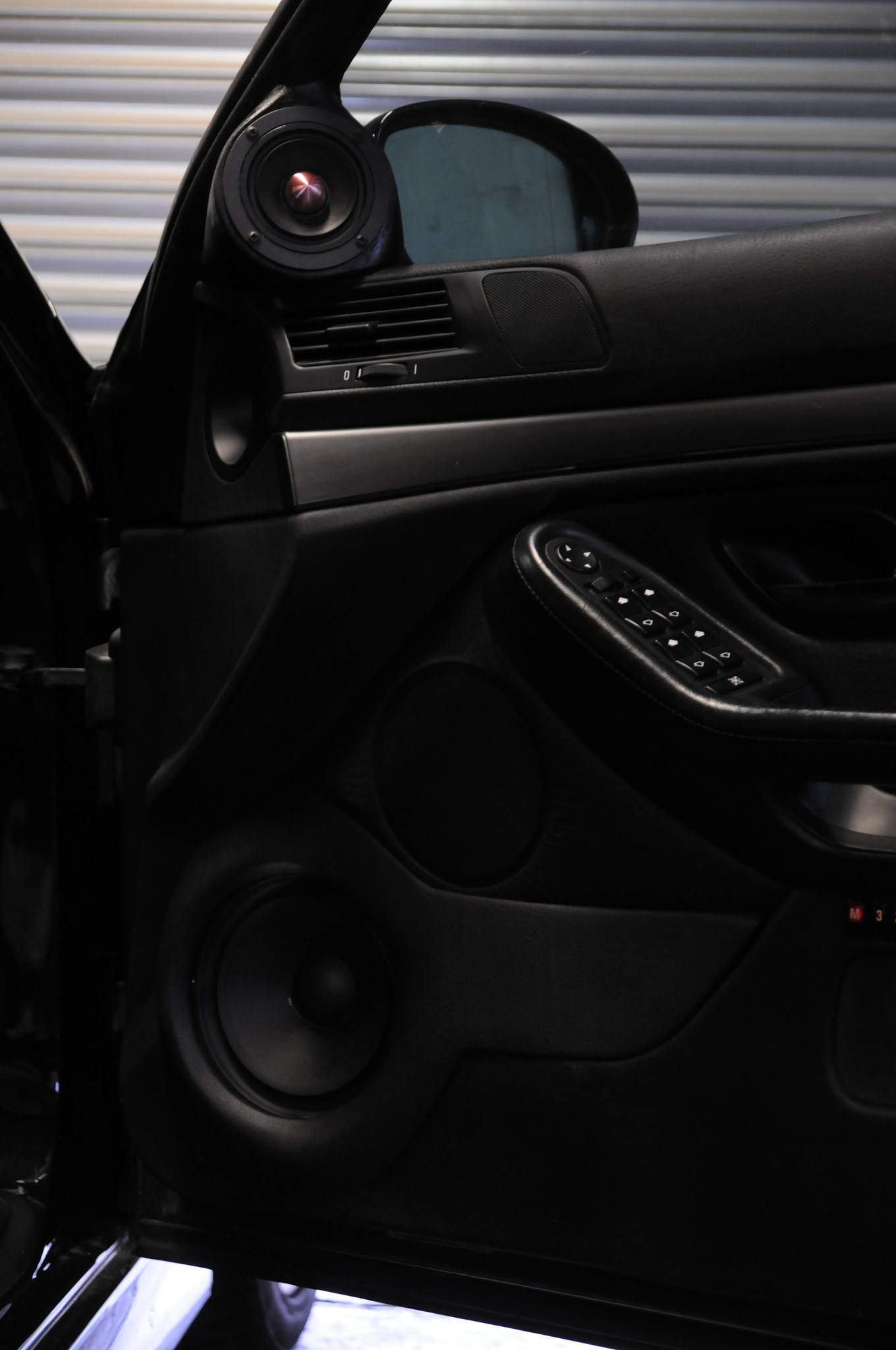 So, thanks for reading, it’s not a usual post from me but well worth blogging in my opinion and hopefully some of the fabrication pictures give some people a decent idea for DIY work! Of course if it’s not your thing every piece of kit I have used here is available in the shop and if you want anything installed to this level just get in touch!